Idea has far-reaching potential, but it’s a solution that’s audacious and risky 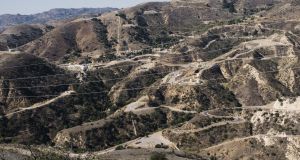 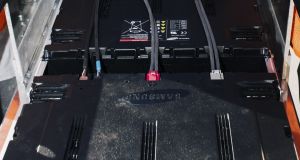 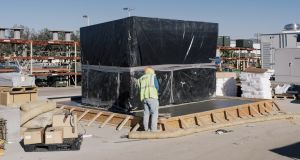 In Southern California in 2015, a giant natural gas leak not only caused one of the worst environmental disasters in US history, it also knocked out a critical fuel source for regional power plants.

But rather than sticking with gas, they turned to a technology more closely associated with flashlights: batteries. They freed up the utilities to start installing batteries – lots of them.

It is a solution that’s audacious and risky. The idea is that the batteries can store electricity during daylight hours (when the state’s many solar panels are flooding the grid with power), then release it as demand peaks (early evening, when people get home). In effect, the rechargeable batteries are like an on-demand power plant, and, in theory, able to replace an actual plant.

This idea has far-reaching potential. But the challenge of storing electricity has vexed engineers, researchers, policymakers and entrepreneurs for centuries. Even as countless technologies have raced ahead, batteries haven’t yet fulfilled their promise.

And the most powerful new designs come with their own risks, such as fire or explosion if poorly made or maintained. It’s the same problem that forced Samsung to recall 2.5 million Galaxy Note 7 smartphones in September because of fire risk.

After racing for months, engineers in California have brought three energy-storage sites close to completion to begin serving the Southern California electric grid within the next month. They are made up of thousands of oversize versions of the lithium-ion batteries widely used in smartphones, laptop computers and other digital devices.

One of the installations, 30 miles north of San Diego, will be the largest of its kind in the world, developers say. It represents the most crucial test yet of an energy-storage technology that many experts see as fundamental to a clean-energy future.

Here, 9,000 battery modules the size of a kitchen drawer are being wired together in racks. They will operate out of two dozen beige, 640-square-foot trailers.

Made by Samsung, the batteries are meant to store enough energy to serve as a back-up in cases of fuel shortages. They are also designed to absorb low-cost energy, particularly solar power, during the day and feed it back to the grid after dusk. They in effect can fill in for the decades-old gas-fired plants that might lack the fuel to fully operate because of the disastrous leak.

“California is giving batteries the opportunity to show what they can do,” said Andrés Gluski, chief executive of AES, which is installing the storage systems.

Separately, Tesla, the company perhaps better known for its electric cars, is building an array for a different utility on the grid, Southern California Edison, near Chino.

The stakes are high for both energy storage companies. If their projects struggle or fail, it could jeopardise not only the stability of Southern California’s grid but also interest in the technology overall.

After a smaller, but pioneering battery project at a wind farm on Oahu in Hawaii went up in flames in 2012, investment in battery storage all but dried up for a few years. That installation, which used 12,000 lead-acid batteries to help even out fluctuations in the power flow, caught fire three times in its first 18 months of operation. The storage developer, Xtreme, eventually went bankrupt. The wind farm turned to a different technology to smooth its output.

AES does not actually make its batteries but buys them, along with other equipment, from manufacturers like Samsung, LG Chem and Panasonic. It designs and assembles the arrays, stacking the boxy batteries into racks inside locker-like containers.

In Escondido, where local radio stations still carry public service announcements about the natural-gas shortage, the AES battery packs are being installed at a critical spot on the regional electrical grid: the place where the giant wires from power plants and wind and solar arrays connect to the network of local wires.

The batteries are intended to relieve the pressure on the system. Mainly, they will serve as a kind of sponge, soaking up excess or low-cost solar energy during the day and then squeezing it back into the grid in the evening, when demand surges as the sun sets. There is enough capacity in the containers full of batteries to power about 20,000 homes for four hours.

The idea is that they help the utility lessen its dependence on the type of natural gas plants known as “peakers”, which can turn on and off quickly to meet sudden peaks of demand but are generally used only for short periods and at great expense. And peakers, by burning fossil fuel, are also at odds with California’s green-energy goals.

The project is also being watched closely by advocates for renewable energy. The reason: If utility-scale battery installations work as designed, they would help wind or solar generators to act more like conventional power plants by working steadily even when the sun isn’t shining or the wind isn’t blowing.

“Energy storage is really the tool to do renewables integration for a utility infrastructure company like us,” said Josh Gerber, advanced technology integration manager of SDG&E, as workers smoothed the thigh-high concrete pads that support the containers at the Escondido site. “Without it, you have more risk that the variability of renewables is going to cause reliability problems.”

Under the contract, AES is responsible for making sure the batteries perform for 10 years, after which SDG&E will take over. One potential downside is that if the batteries are fully charged and discharged each day, they could degrade more quickly.

The executives involved expressed confidence in the design and reliability, despite Samsung’s recent smartphone problems. Not only are these batteries a different configuration than the smartphone units, executives said, but the larger footprint allows for the inclusion of sophisticated monitoring as well as industrial safety and cooling and ventilation equipment.

For clean-energy advocates – including residents of the Porter Ranch section of Los Angeles, so picture-perfect that Steven Spielberg chose it as the setting for the 1982 movie ET, but where many still complain of the rashes, headaches and other debilitating symptoms that drove thousands from their homes during the leak – it could be a powerful weapon in the fight to keep the gas depot closed.

But the pressure may be highest for the Southern California utilities, their reputations still blackened by waves of forced electricity cuts that followed the Enron debacle. No one wants to contemplate a repeat of that chapter, when blackouts affected factories and even some hospitals.

“When the power goes out, people die,” said Kennedy, the former state official. “Failure is not an option here on any level.”