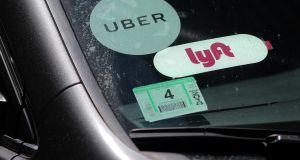 Things just got a lot more interesting in the ride-sharing space of the gig economy. Well, interesting if, like me, you find the growth of truly free-market economics stimulated not by seismic shifts in political and economic policy but by the unfettered expansion of technologies that no longer simply “disrupt” markets but shake them to their very core.

Uber has been far and away the most dominant player in the ride-sharing sector since it emerged a few years ago. While countless comparable ride-share providers exist, most remain lords of their own local fiefdoms, while Uber has successfully spread its modus operandi worldwide in a way none of its rivals could keep up with.

With the exception of one: Lyft. The little ride-sharing service has been slow and steady behind Uber for some time and the company’s tenacity has paid off. Google’s parent company, Alphabet, has injected $1 billion of fresh investment into Lyft, bringing the value of the start-up to $11 billion.

The money, while welcome, isn’t necessarily the most significant element to this. Of course $1 billion will give the company the lift it needs to compete more aggressively with Uber Technologies worldwide, but it also solidifies ties between one ride-sharing provider and the world’s largest information provider. Google is the Coca-Cola of search engines and guess what? It just so happens to be investing significant amounts of time and resources into autonomous vehicle technology. (If you thought the gig economy business model was bad for workers now, something tells me driverless cars aren’t likely to improve the situation.)

Alphabet was once one of Uber’s biggest backers. The venture-capital investment branch of Google’s parent entity, known as GV, helped secure a $250 million capital investment for Uber back in 2013. Even Alphabet’s chief legal officer at the time, David Drummond, held a seat on Uber’s board of directors.

But Uber has a habit of making uber-bad decisions. After beginning R&D into its own self-driving vehicle technology, it knowingly placed itself in direct competition with Waymo, Alphabet’s spin-out autonomous car development company. Naturally, this did not go down well with Alphabet, still one of Uber’s most powerful backers, and relations went south. Alphabet is suing Uber for misappropriating trade secrets in a case set to begin in December.

Other widely-reported negative press for Uber in 2017 – from the resignation of chief executive and co-founder Travis Kalanick (after a shareholder revolt in June made his position untenable) to alleged ties with the Trump administration – might suggest the company is no longer “UberKing” of the ride-sharing market. The numbers tell a very different story, however. On paper, it remains a significantly more valuable company than Lyft, most recently valued at about $70 billion.

Uber Technologies appears to suffer from anger-management issues. In 2016, the city of Austin, Texas, asked its citizens to vote on proposition 1, which would make FBI background checks and fingerprinting compulsory for all ride-sharing drivers in a city with desperately poor public transport options and, therefore, where ride-sharing services had become a necessity for many people.

Uber embarked on a vitriolic campaign threatening to pull out of the city entirely if the vote was carried. The fastest way to lose the support of Texans? Threats. Many believe the vote would not have been successful had Uber simply kept its mouth shut rather than turning the vote into a referendum over public- versus private-sector power.

But as consumers, the more in need of anger-management therapy our product/service providers are, the more likely things get cheaper, more efficient and more competitive for us. So I say, let them tear each other apart.

This significant move by Google’s Alphabet is likely a positive sign for the ride-sharing industry in more ways than one. Thwarted by negative press concerning unfair working conditions – with the bulk of the criticism directed principally at Uber anyway – the growth of more even-handed competition could be just what the sector needs to further improve efficiencies while also pushing through improved conditions for drivers.

Not only that but autonomous vehicle technology becoming the norm may still seem a million miles away, but closer ties between firms working on the ground like Lyft, with the monolith that is Alphabet – an organisation with enough resources to delve into everything from life sciences, commercial drone delivery, as well as autonomous vehicles, could mean innovation in this space will happen sooner rather than later.