Gaming wars: Sony and Microsoft gear up with PS5 and Xbox launches 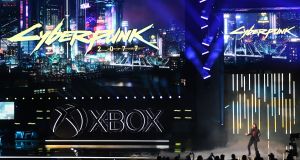 When Sony launched the PlayStation 4 in November 2013, some countries did orderly time-slots and formal lotteries. Others did enormous serpentine queues. In some, there were stampeding crowds and shelf-toppling mayhem.

The scenes, which were followed a few days later by similar scrambles for the Microsoft Xbox One, had all the ingredients of classic, adrenaline-fuelled console launches. There was over-demand, limited supply, the hardest of hardcore fans and the grandiose promise of a new era for a global games industry now worth an estimated $145 billion a year.

Seven years later, as Microsoft prepares to launch its Xbox Series X and Sony its PlayStation 5 on November 10th and November 12th respectively, both companies hope they can match the hype for products that simultaneously offer the sort of opportunities that come round only rarely, and some complex risks.

“It’s the biggest console launch the industry has ever had,” says David Gibson, an analyst at Astris Advisory in Tokyo.

He believes that, for Sony in particular, the combination of the coronavirus pandemic and the new console gives it a unique chance to push its games, music and movie businesses on to the one platform.

“The big factor here . . . is that there is also an absence of other entertainment like live music, sport and cinema whereas games are interactive and readily available.”

These two big-ticket hardware launches are happening against a background of rapid change in the industry that some view as an existential threat to the likes of Xbox and PlayStation. As cloud technology and internet connections have improved, people are increasingly downloading or streaming games on their phones to play in real time.

Reflecting that shift, Hiroki Totoki, chief financial officer of Sony, told investors this week that the real battleground was not hardware. “I believe the essence of the competition is not the annual profits [from PS5] but how much we can expand the gaming universe over the longer term.”

Microsoft gaming chief Phil Spencer says the two metrics he looks at “every morning” are not console sales but the number of players and how long they spend gaming. “We know, with time, comes spending and revenue and the other pillars of the business.”

Between Sony and Microsoft, calculates Ampere Analysis, just under nine million consoles should be sold worldwide between now and the end of 2020. But this will be during the extraordinary conditions caused by the pandemic.

“We [Sony and Microsoft] will both be supply-constrained more than demand-constrained,” says Spencer. “The battle for console demand will happen next holiday and beyond. In the beginning, I expect the shelves will be pretty empty.”

Some analysts calculate that, given the challenges of building and distributing its new machine in the current crisis, Sony could lose as much as $170 per PS5 it sells, and may not break even on the hardware for three years.

Microsoft has also warned investors that the Xbox launch will be a drag on overall gross margins this quarter, something Spencer insists he is relaxed about.

“It’s totally fine for us to subsidise console sales in order to gain a customer that, over the life of the console, [means] we can run a profitable business, which is what we’re doing,” he says.

Nonetheless, in the battle to get these sophisticated products to market in time for Christmas, supply chains have been reorganised, key game releases postponed, online pre-ordering systems have been chaotic and, in Sony’s home market of Japan, where the previous launch queues were the biggest, major electronics retailers have said such scenes will not be possible this time.

“The optics of a really big crowd trying to get a product, and the way that the public would view that brand as not being Covid-safe, is not a good look,” says Piers Harding-Rolls, games analyst at Ampere Analysis. While there will doubtless be efforts to whip up excitement online, “you won’t have that same launch buzz”, he says.

Sony’s new machine will cost $499. This is $100 more than the PS4, which has a global user base of more than 110 million, though a diskless version will be available for $399. The new Xbox will cost the same, but with a digital-only version for $299.

Sony has played down the price rise, pointing to what it claims is its strongest ever line-up of games for the PS5 launch, such as Demon’s Souls and Marvel’s Spider-Man: Miles Morales.

Jim Ryan, Sony’s PlayStation chief, recently said the company expected to sell more PS5s in the year to March than in the equivalent period seven years ago, when the PS4 was launched.

But the pandemic has also changed the way games are made, with productivity falling because developers have had to work from home.

As a result, Microsoft has had to push back the latest version of the Xbox’s best-known games series, Halo Infinite, until next year.

Relying on third-party developers also looks riskier than it did. Square Enix, the group behind the hit Final Fantasy series, and French developer Ubisoft, maker of the Rainbow Six franchise, have both warned in recent weeks that Covid-19 restrictions have hit their pipeline of new games.

Sony acknowledges delays in some parts of the industry but plays down the impact on the launch. Nonetheless, it is moving PS5 consoles made in China to the US by air rather than sea to ensure there are enough to sell at the launch. “We often use air freight for peak times of the year,” Sony’s Ryan says.

Spencer argues that the “biggest impact on profitability is the hardware that’s in the box”, but concedes that the logistics of a much bigger international launch – in 2013, the Xbox One was released in just 12 markets, compared with about 40 this time – adds to initial costs.

Air freight prices have surged during the pandemic, but the cost will be particularly high for the PS5 because of its large size, according to Hideki Yasuda, a games analyst at Ace Research Institute. At 4.5kg in weight and with a height of 39cm, depth of 26cm, and width of 10.4cm, the PS5 is one of the largest-ever consoles.

The transportation costs as well as high marketing fees for the launch mean Sony is anticipating operating profits in its gaming division will drop from 229 billion yen (€1.88 billion) in the first half of the financial year from March to ¥71 billion in the second half.

Balancing out those risks, says Hirokazu Hamamura, gaming expert and senior adviser to the board at publishing company Kadokawa, is the big increase in gaming during the pandemic in the absence of other forms of entertainment.

Ryan points to “massive increases” in player engagement, which have “exceeded anything that we’ve seen before . . . by significant double-digit percentage points”.

The pandemic has also changed the way people play games, with more users downloading games and using subscription services while shops were shut.

“Covid-19 has accelerated a shift for the gaming industry to subscription services and downloads that took a decade for the music industry when it shifted from CDs,” Hamamura says. – Copyright The Financial Times Limited 2020