Automation takes the pain out of regulatory compliance 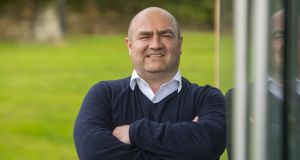 While regulatory compliance is an essential part of any well-run commercial sector, meeting the requirements can absorb large amounts of time and money particularly for companies in the financial services industry. “In simple terms, a bank needs to ensure it complies with about 15 regulator rule books and regulations such as MIFID II [Markets in Financial Instruments Directive] and GDPR [General Data Protection Regulation] so they don’t get fined,” explains former banker Alex Martin, who spent 20 years working in the fintech industry in London, including seven in reporting and regulation.

“Banks prove their compliance with these regulations with upwards of 300 compliance documents and control reports which their compliance and audit teams check every year using what’s called a compliance monitoring programme. Keeping on top of new and changing regulations is a multibillion-dollar industry. Banks spent over €2.5 billion on lawyers and consultants to comply with MIFID II, with some of the larger banks spending in the region of €40 million to €50 million each,” adds Martin, who founded Miura Regtech in 2018 to automate the entire regulatory compliance process for financial services firms.

The Miura regulation portal uses a combination of document scanning and AI-driven language processing technology to automate the process and as Miura has a live feed of rules directly from the regulator, it can also automatically update firms’ compliance documentation when a new rule is published or an existing one is changed.

Martin, who is a commerce graduate with an MBS in IT and an MBA, says he was inspired to start the company having run his own regulatory training business. “I marvelled at the duplication of work,” he says. “Consultants I trained were working on the same projects, doing exactly the same work, with virtually the same output, just in different banks. The model was highly inefficient and it was the consultancies and law firms that were making all the money, just repeating the same process.”

Martin says Miura’s automated system cuts the cost of legal and consultancy fees while significantly reducing compliance and audit bills. It also provides a more accurate regulatory framework which reduces the likelihood of users being fined for a breach of the rules.

Miura is a SaaS (software as a service) company so it will make its money through licence fees. Initially, its target market is brokers, fund managers and Tier 3 (smaller) banks primarily in the UK as they struggle most with the regulatory burden. A solution for larger institutions will be launched later this year. “There are well over 100 Tier 3 banks in the UK and compliance is a real pain point for them so we expect to bring a number of them on board within the first six months of 2020,” Martin says.

Martin has developed his business with investment to date of about €155,000 which is a combination of funding from the National Digital Research Centre (NDRC), Enterprise Ireland and prize money from competitions such as Seedcorn. Martin recently completed the NDRC’s accelerator at the ArcLabs innovation centre at Waterford Institute of Technology.

Miura currently employs four people but with a funding round of €1.7 million kicking off shortly, this will rise to about 11 in the short term. The company outsourced its initial software development requirements but Martin says he intends bringing all future development in-house. Miura plans to sell its solution directly to corporates and to work with channel partners such as auditors, technology companies and compliance consultancies. A suite of new products and services are in the pipeline including a system specifically for the funds industry.

The company’s first paying customers moved to the launch iteration of the portal last September and later this year they will migrate to version two, which adds functionality. Miura is not without competitors but Martin says they are only automating aspects of the process whereas Miura’s solution is holistic and automates the whole regulatory compliance life cycle.