Changing the ways we can give to charities 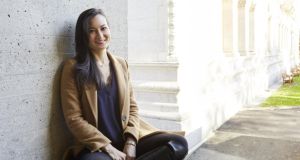 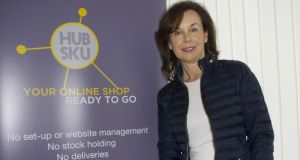 Giving to charity is not as straightforward as it used to be. Cashless purchases have us ignoring the charity box at the till, we increasingly donate through webpages while our friends fling themselves from aircraft or endure 26 miles of marathon torture, or we simply sign up to a monthly direct debit. But what if your circumstances change or you’ve had a tight month? You still want to give but at your own pace.

Lizzy Hayashida and her business partner William Conaghan are the co-founders of Change Donations, a project which they started while studying for their MBAs, and which allows donors to give to their chosen charities by rounding up their card purchases to the nearest euro.

“We were looking at a business idea for something to do and we heard that in Ireland they’d started removing small copper coins from circulation. We looked at what that actually did to the charity sector and what we found was that since the announcement 70 per cent of charities had already seen a drop in cash donations. We realised something needed to be done to keep up with the times.

“We are a platform that lets donors link their debt or credit card and then round their purchases up to the nearest euro to donate to charities or non profits. Essentially the idea is people don’t carry cash any more, and people’s ability to donate changes throughout the year; we wanted to find a way that could change as your circumstances changed, allowing you to donate on your terms as well as seeing the impact of the donation.”

Ideally the app will give you a full breakdown of where your money went and what impact it had. Initially they have been working with the Hope Foundation and Voice of Irish Concern for the Environment (Voice) but are currently working on signing up more charities to join them on the platform.

“Once you register your card it is able to automatically round up [your transactions]. It follows the card that you registered and you can set daily weekly or monthly limits,” says Hayashida. This allows the donor to cast an eye over all their transactions and cancel any round-ups that they feel were out of their budget.

“We charge a platform fee to our charity partners for fundraising the previous month which includes all the processing fees and everything else. We are charging 10 per cent on everything they make for the month – a charity can spend up to 33 per cent on fundraising costs today, so the goal is to bring that down as a whole. We are a social enterprise: while we do charge a platform fee we reinvest all of it back into the business. Our goal is to continue to build additional tools for our charity partners but never with any additional cost.”

The company recently won the FutureScope One2Watch competition, beating more than 80 other entries and bagging a prize worth more than €10,000 which includes office space and consultancy services. It is also currently taking part in the New Frontiers programme at Hothouse TU Dublin with IADT.

“We have a term sheet right now but we are trying to close out our seed round, so we are looking at raising the €500,000 and we are hoping to do that in the next couple of months,” says Hayashida, “we are looking at investors and we are talking to Enterprise Ireland trying to figure out what the best route is.”

Freda McEnroe is chief executive of HubSku, an ecommerce platform which connects resellers directly with suppliers using a drop shipping model. A graduate of Wicklow Local Enterprise Office , HubSku was recipient of the 2018 Female Entrepreneur CSF (Competitive Start Fund), which is a €50,000 investment by Enterprise Ireland into the business.

Making use of the HubSku platform McEnroe co-founded Patron Project, which enables animal charities and rescue centres to sell pet food directly from their website.

“We actually set it up in a way that the rescues could effectively become the retailers. The transaction comes through Patron Project but we effectively allocate a donation from that purchase – it’s approximately between 16-21 per cent depending on the bag of food. We run with what market pricing is, based on how much we can buy it for and what the distribution costs are. We split the profit two-thirds to the charity and we keep one-third to pay for the marketing of the project, the operations and the technology. The charity always get the lion’s share of it. So far it has been working out at approximately 20 per cent of the product sale price.”

Currently the goods for sale are from the Patron pet food range but McEnroe hopes to have more brands on board once the business has developed a little further.

“We were able to contact a well-known manufacturer who does lots of food and we formulated a food and then we pretty much had it up and running in three months,” she says.

They are currently selling dog food, and have developed a cat food range, which is not yet available in compostable bags.