Synthetic biology leap does not have to lead to monstrous outcomes 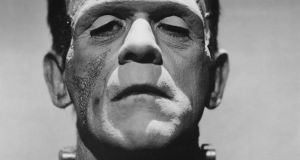 Frankenstein’s monster, from the imagination of author Mary Shelley, scared the daylights out of people when the film hit the screens in 1931. It told of efforts by mad scientist Dr Henry Frankenstein to create life by constructing a being assembled of body parts taken from cemeteries and topped off with the brain of a criminal. The misguided doctor and his sidekick Fritz then animate the patchwork-quilt monster using powerful electric shocks delivered during a lightning storm.

Clearly things were not going to go well for this particular early attempt at creating life. I mention this wonderful film classic because of news released earlier this month that German researchers had managed to create the genetic blueprint of a bacterium that was entirely designed by a computer. They didn’t take the final step and bring the bacterium to life, instead testing elements of the created genome by inserting them in live bacteria. But as the group working at the ETH Zurich research centre put it, “the method has the potential to revolutionise biotechnology”.

This isn’t the first example of synthetic biology. Craig Venter in the US chemically duplicated the DNA of a bacteria, building it step by slow step, 11 years ago. The process at the time required 10 years of work delivered by 20 scientists at a cost then estimated to have been about $40 million (€35.4 million) to achieve this remarkable feat. Fast-forward to the present and the Zurich group who developed a software tool that can do the job in a year with a small staff and at a cost of about $120,000.

The researchers needed a genome to start with and they chose that of Caulobacter ethensis, a harmless, non-disease-causing bacterium found in rivers and streams all around the world. The full genetic blueprint of the organism had already been established by other researchers so it was a perfect case study to see if the software algorithm worked. The Swiss system analysed the DNA and begin condensing it, retaining essential genes but getting rid of duplications.

The original microbe has about 4,000 genes, but only 680 were considered crucial to sustain life. In fact the team lowered this further, pairing the blueprint down to just 580 essential genes needed to sustain life. That seems a lot of DNA to exclude but the researchers say the organism, dubbed C ethensis 2.0, remains fully functional and is able to produce all of the proteins it needs to live.

The software also made the synthetic microbe more genetically efficient by breaking the DNA into 236 genome segments, each carrying essential genes. It reassembled these into a new pattern that still delivered a viable organism afterwards. The team then chemically synthesised the new shortened genome based on the changes made by the software.

There is tremendous power in this system. It is able to create new, currently non-existent microbes and will help us understand better what goes on inside the cell to sustain life. It also delivers the capability to create new types of life by designing an organism and building it from the ground up. You would start with a stripped-down version of an organism carrying all the genes essential for life. To this could be bolted to other genes to accomplish biological ends, for example producing pharmaceuticals and other complex chemicals. And this approach would work with any type of starter organism, the researchers believe. All you need is a list of design specifications that can be built into the organism.

While this process could open up all kinds of advances in human and animal health, it could also be put to less desirable uses. It would add to the range of approaches opening up in the areas of synthetic biology, genetic technologies and bioengineering. But it could also encourage application in other areas, for example trying to deliver smarter, taller or athletic children, or modifying hair colour.

Reference to Frankenstein seems to condemn the development and use of this type of technology. We would rather not have the Frankenstein monster running about but the problem does not relate to to the monster itself. Rather it comes down to Dr Frankenstein and his henchman Fritz. These modern technologies should not fall into the hands of those who would take the science and turn it into something bad.

The research team warned that there was potential to misuse their algorithm and they urged governments and legislators to introduce controls that would allow research to proceed but prevent its misuse. Legitimate scientists would be much happier working under a regulatory framework in order to prevent abuses.