Capturing a gap in the market for student travel 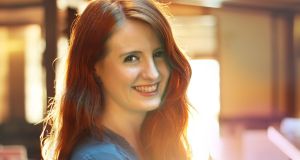 Katie Doyle: “We’re going where Ryanair and Aer Lingus go to try and keep the price down because of student budgets.”

“I definitely didn’t plan this – I have a degree in English literature and I wanted to be a writer my whole life, which was always the plan”, recalls Katie Doyle, founder and chief executive of Capture Travel. “People were saying you can’t be a writer, you can’t live off it.”

Entrepreneurship was not on the list for 23-year-old Doyle but her passion for travel, experiences of student life and need to make an honest living gave her all the qualifications needed to set up a web-based travel agency aimed at students in Ireland, or so she thought.

Not just another travel agency, Doyle’s plan is to capture the 18-28-year-old market by arranging three-day tours to European destinations with around 30 places on each. Designing the tours around local knowledge, contacts and keeping the student budget in mind they already have trips planned for London, Edinburgh and Amsterdam.

“In university I did two guided tours, one to Amsterdam and one to London with a group of 35 students and we had a great time. I brought them all around different museums and walking tours even though I didn’t have that much experience of travelling at that stage, it was just kind of that university experience. The kind of realisation I had when I was travelling on my own inspired the whole project to come about basically.”

Having two competitively priced airlines at her disposal gives Doyle the ideal opportunity to meet the needs of her travel-hungry but thrifty clients.

“We’re going where Ryanair and Aer Lingus go to try and keep the price down because of student budgets. Ryanair release destinations every year with cheaper flights and the market becomes more competitive for pricing just by developing different places around Europe. New York, flights are so cheap now too we can definitely look at that. We are focused on the Irish market at the moment but maybe down the line we could go into the UK market when we have more people on board.

“Abroad Contiki and Frontier would be big competitors but they only organise trips at a destination, they don’t organise flights or transport. We are specific to Irish students and young people living in Ireland. There’s no travel agency in Ireland that is doing this at the moment. All the big travel agencies are focused on family holidays, family breaks and they work with package holidays whereas we’re more casual, we are all about being in touch with the audience a bit more, a bit more personal. When we organise a trip even if we don’t provide a guide, we organise a complete itinerary and we will be really focused on the interests of your group.”

There were several hurdles along the way as Doyle got the business up and running.

“I had the idea in March 2017. I thought I could set it up straightaway, I was really naive about the whole thing. I thought that I could just send in a few emails, I was already starting to get a lot of interest in bookings.

“Then I realised to have a travel company in Ireland you have to have a licence from the Commission for Aviation Regulation. If you don’t have that it is illegal to be selling or promoting travel trips, even if you’re not paying for flights, it’s accommodation as well, you cannot book on behalf of anyone else and be selling it to people, even in your family.

“I applied for the licence then and it took a lot of legal and accountancy work and we finally got the licence this March; it took 8-9 months to actually get it going.”

Currently hot-desking in Dublin, Doyle hopes to have a permanent office location by October. Having the ability sell the city breaks using online ticketing company Picatic and the payment platforms Stripe and PayPal keep the company fully mobile for now and overheads down.

As many know, start-up life is hard work and the networking involved can be a fairly daunting experience, add in the fact you have no background in business and looking at least ten years younger than everyone else in the room (Doyle’s own confession), but to Doyle’s surprise her fears were unfounded.