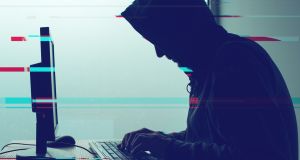 Up to 185,000 Irish office workers have been victims of a phishing scam, a new survey has claimed.

An inquiry into Irish Nationwide Building Society (INBS) is set to consider this week how it can proceed with public hearings that have effectively been delayed since the summer due to the ill health of the lender’s former managing director, Michael Fingleton. Joe Brennan reports.

The continuation of the Central Bank’s restrictions on mortgage borrowing means the Government needs to reduce the rate of VAT on new houses in other to deliver increased supply of housing, particularly apartments, according to Property Industry Ireland (PII), the representative body for the property sector. Cliff Taylor reports.

The special liquidators of Irish Bank Resolution Corporation (IBRC), the entity that absorbed failed lenders Anglo Irish Bank and Irish Nationwide Building Society during the financial crisis, are set this week to announce another 25 per cent “dividend” for unsecured creditors, including a €280 million payment to the State, writes Joe Brennan.

Dogpatch Labs, the technology start-up hub based in the CHQ building in Dublin’s digital docklands, is planning an upgrade and expansion that will create 100 extra membership places to meet growing demand from existing and new clients, writes Joe Brennan.

Up to 185,000 Irish office workers have been victims of aphishing scam, a new survey has claimed. Ciara O’Brien reports.

The value of Irish corporate transactions will fall 40 per cent next year if the UK fails to reach a Brexit deal with the EU, according to a new forecast. Michael O’Dwyer reports.

Balmoral International Land, a property company that was spun out of tropical fruits group Fyffes more than a decade ago, has told investors it expected its net assets to increase this year, helped by a previously-expected drop in the value of its UK holdings having not yet materialised. Joe Brennan has the details.

An initiative to help returning emigrants start and develop businesses in the Republic has been launched, writed Charlie Taylor. Back for Business is a five-month long entrepreneur mentoring programme specifically designed for those who have returned to live in the State over the last three years after being away for 12 months or longer.

Columnist Pilita Clark does a job inteview (of sorts) and is not sure if this iteration is the future of picking an employee.