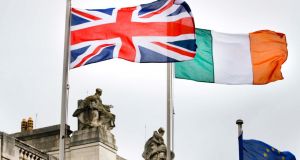 No-deal Brexit would cause firms to postpone strategic decisions amidst the uncertainty, said the report. Photograph: Brian O’Leary/RollingNews.ie

The value of Irish corporate transactions will fall 40 per cent next year if the UK fails to reach a Brexit deal with the EU, according to a new forecast.

A no-deal Brexit would continue to drag down Irish deal values by 30 per cent in 2020 compared to a smooth Brexit scenario in which the UK agrees to a transition period following its scheduled departure from the EU in March, 2019. The predictions are contained in the Global Transactions Forecast published on Monday by international law firm Baker McKenzie and advisory firm Oxford Economics.

A hard or no-deal Brexit would reduce appetite for mergers and acquisitions (M&A) and cause firms to “postpone key strategic decisions amidst the uncertainty”, said Tim Gee, partner at Baker McKenzie.

The predicted decline in transaction values in 2020 is “mostly driven by cyclical factors”, said Ben Orhan of Oxford Economics. “The worry we’re seeing from protectionism and the increase in interest rates” also affected the outlook, he said.

The figures do not account for the £46 billion (€51.2 billion) takeover of Dublin-based pharmaceutical company Shire plc by Japan’s Takeda Pharmaceutical, which was approved by shareholders of both companies this month and is expected to complete early next year.

Mid-market activity – deals with a value of between €5 million and €250 million – has historically “been the driver and the bedrock of the Irish M&A market and that trend has continued this year”, said Brian McCloskey, partner at law firm Matheson. Despite uncertainty surrounding Brexit and US-China trade relations, the outlook for Irish M&A next year is “quite positive” and should continue to be supported by US buyers who are benefiting from tax cuts introduced by president Donald Trump, he said.

Bucking the European trend, the UK has seen a blockbuster year of M&A as sterling weakness tempted overseas investors. UK deal values for 2018 are expected to increase 56 per cent on last year to reach $213 billion, according to the report. This will recede to about $143 billion in 2019 but would collapse to just $76 billion if the UK crashes out of the EU without a deal, the report predicts.

Globally, transaction values will dip by over 6 per cent from $3.1 trillion to $2.9 trillion in 2019 before declining more steeply to $2.3 trillion in 2020, says the report, which uses indicators such as economic growth and share prices to predict future deal activity.