In search of low mortgage rates, drug budgets and C&C goes to Cheltenham 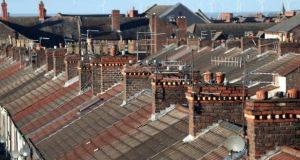 The medicines whose approval have consumed almost all the 2019 new drugs budget have been in the system negotiating price for two and a half years on average, and over four years on one case, according to manufacturers.

C&C is going racing, with Bulmers’ Irish parent taking naming rights to Cheltenham’s blue riband event, the Gold Cup, for the first time. The sponsorship deal comes as the group;’s investor base undergoes a bit of a reshuffle, write Barry O’Halloran and Joe Brennan.

The South by Southwestfestival technology and culture festival heard from presidential hopefuls at the weekend, including Democrat veteran Elizabeth Warren who explained her proposal to break up the tech giants. Priscilla Chan, wife of Facebook founder Mark Zuckerberg was also there, agreeing that those with more should be open to paying more tax.

Lone Star is lining up DRes Properties, the homebuilder it incorporated late last year with Mark Durkan, to take on a prime 73-acre residential development site at Cherrywood in south Dublin that it is in advanced talks to acquire.

The Dermot Desmond-backed Rietumu Banka in Latvia saw its pre-tax profit drop 14 per cent last year to €35.2 million as it terminated relationships with thousands of “high risk” customers amid a wider regulatory clampdown on the country’s financial sector. Joe Brennan reports.

Developer Johnny Ronan’s plans for extra floors at Salesforce Tower in the docklands to accommodate the US company’s staff, have come under fire from a group representing local residents. They say approval would make a mockery of the local area plan. Gordon Deegan has the details

And, as the prospect of a chaotic Brexit moves ever closer, new export orders slumped to their lowest levels in 69 months in Northern Ireland during February, writes Francess McDonnell.

With Theresa May again coming to Westminster tomorrow to seek approval for her Brexit deal, Chris Johns despairs at the incompetence of British politicians, and foresees a slow Italian-like decline post Brexit rather than some Greek-style crash.

For her part Pilita Clark stands behind a beleaguered academic who had the temerity to question the value of the mindfulness movement in the workplace. He mightn’t be right, she concedes but there’s no reason mindfulness should be immune from enquiry and the attack on the academic is far form mindful in itself, she notes.

1 Ireland has EU’s most progressive tax system, study finds
2 Who are Ireland’s 17 billionaires?
3 Davos: OECD confident on digital tax deal as France takes swipe at Ireland
4 On your bike: Dropbox backs Dublin Cycling Campaign
5 Aldi to implement living wage for store employees
6 Davos Diary: UCD prof goes batty, Ivanka hits town and Prince Charles takes the stage
7 Are you a Monica, Joey or Chandler when it comes to your data privacy?
8 Fianna Fáil may have just pressed the pause button on the property market
9 Doomsday Clock counting down remaining time left for civilisation
10 Are there annual limits on inheritances or gifts to a child?
Real news has value SUBSCRIBE