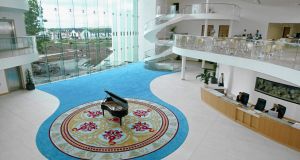 Medical inflation and lower reimbursement rates by insurers contributed to pretax profits at the Galway Clinic in 2017 decreasing by 44.5 per cent to €5.15 million.

The clinic is part-owned by businessman Larry Goodman and the directors state that the decline in profitability is attributable to a number of factors.

The Galway Clinic is facing higher expenditure in ensuring it meets the highest national and international guidelines and standards, according to the directors.

They state that “these costs are forecast to increase further every year and will form a substantial part of the hospital’s future cost case”.

On the risks facing the business, they say medical indemnity insurance costs are increasing significantly which is another impediment to attracting leading physicians into the country.

The directors also state that they are engaging in multiple strategies to minimise the risk of the shortage in the labour market of healthcare professionals including doctors, nurses and allied health professionals.

They point out that to date, the shareholders have not taken a dividend from the business. At the end of December 2017, the clinic had accumulated profits of €91 million. The firm’s cash increased from €19.4 million to €22.89 million.

The pay costs include €719,709 in agency and temporary staff with recruitment and training totalling €1.24 million.

The clinic’s profits in 2017 take account of non-cash depreciation and amortisation costs of €9 million. Medical and pharmaceutical supplies cost €24.42 million.