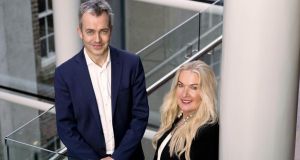 Long-term investor BGF has made its first investment in the Republic with the acquisition of a stake in nursing home group Brindley Healthcare.

BGF – formerly known as the Business Growth Fund – invested €10 million to be used to fund acquisitions and support growth at Brindley, now in the process of aggressive expansion.

Industry sources say the €10 million investment suggests a stake in the region of 30 per cent in Brindley, which now holds eight nursing homes with a combined capacity of more than 400 beds.

Brindley, controlled by Donegal businesswoman Amanda Torrens, last year secured a €25 million debt facility from Ulster Bank after which it acquired its eighth nursing home, placing it among the largest privately operated nursing groups in the State.

Ms Torrens founded the business in 2000 with a 35-bed nursing home in Donegal. It now has three facilities there, as well as homes in Galway, Mayo, Kildare and Laois.

Commenting on BGF’s investment, Ms Torrens said the group intended to be “one of the largest providers of private elderly healthcare beds in Ireland”.

Leo Casey, head of BGF in Ireland, said Brindley was a “good example of the type of business which BGF is focused on” given that the founders are looking for equity support to expand the group without giving up control.

Britain’s BGF provides what is known as “patient capital”, whereby an investor is willing to make a financial investment with no expectation of immediate returns. The group has invested in more than 275 companies and launched a dedicated fund for Ireland in late 2017 with up to €250 million to invest in small and medium enterprises.

Ireland’s Strategic Investment Fund, AIB, Bank of Ireland and Ulster Bank are all investors in the group, which targets equity investments of between €1 million and €10 million.

BGF’s investment, alongside Ulster Bank’s debt facility, will be used to fund Brindley’s expansion with a target of 1,000 beds by 2020. Mr Casey will join the board which is chaired by former Bord Altranais chief executive Noel Daly.