Pfizer M&A on hold pending clarity on US tax reform 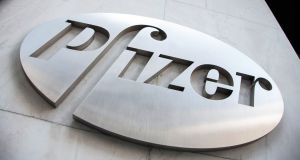 The big deal that Pfizer investors have been hoping for won’t be happening any time in the near future.

On Tuesday, chief executive Ian Read said the drugmaker needs clarity about US tax reform in order to figure out which potential targets are worth buying. Until there’s a resolution in Washington, dealmaking will be “somewhat delayed”, Mr Read said.

“We need to see tax reform, or the absence of tax reform, to understand what the market values are,” he said in response to an analyst’s question about where he stood on large M&A, during Pfizer’s earnings conference call.

Second-quarter results, posted earlier on Tuesday, highlighted why the New York drug giant needs acquisitions. Sales declined 2 per cent to $12.9 billion, missing the $13.1 billion average of estimates compiled by Bloomberg. They have now fallen for three quarters in a row.

Pfizer dropped after Mr Read’s comments. Bristol-Myers Squibb, which analysts have cited as the most likely potential target because of its cancer products, also declined.