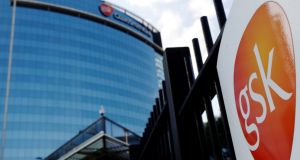 In a week when the UK’s Eurosceptic international trade minister Liam Fox suggested the British economy could easily manage without a trade deal with the European Union, if necessary, there was a little tremble in Britain’s northwest.

GlaxoSmithKline, one of Britain’s two Big Pharma companies, decided to abandon plans for a new manufacturing plant in Ulverston in Cumbria.

The company said the decision had nothing to do with Britain’s decision to leave the EU but was rather chief executive Emma Walmsley making her mark on the group with a decision to have fewer but potentially more lucrative new medicine launches in future.

But it’s not that simple. Part of what Britain wants from Brexit is the freedom to set its own rules, its own incentives for British business and its own obstacles to foreigners.

The decision to invest what was then reported to be £500 million in the Ulverston plant back in 2012 was inextricably linked to the introduction by then chancellor George Osborne of precisely such an initiative, the patent box.

GSK, then under Andrew Witty, had said the planned investment was part of its efforts to bring more jobs to Britain in response to UK plans to cut corporation tax on income from patents. Confirmation of the deal – promising up to 1,000 British jobs – came the day after Osborne laid out his business-friendly budget plan , including the patent box.

Meanwhile, Britain’s other Big Pharma, AstraZeneca is nervously waiting to hear the long-term plans of boss Pascal Soriot. The man who saw off a takeover bid from Pfizer and has restored the company’s drug pipeline has been tapped by Israeli generics heavyweight Teva. And while he said this week he would be staying put for a few months anyway, there is no certainty beyond that.

Moving to Teva would be a major change of direction and while any such move could have little to do with Brexit directly, it would hardly be a ringing endorsement of British industry.

For Fox and his fellow Brexiteers, the worry is that if the champions of British industry cannot be relied on to lead the charge in support of the Britain First agenda, they could find life outside the EU anything but easy to manage.