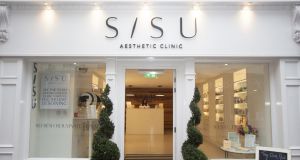 Newly filed documents show Sempiternal Aesthetics Limited, which trades as Sisu, recently raised $5.5 million from a number of investors. These include Greycroft, which has also previously backed the likes of Klout, Openpath, the Huffington Post, Segment and Venmo. Greycroft also previously invested in Trustev.

San Franciso-based venture fund Bullpen Capital, whose portfolio includes About.Me and Zynga, is another backer in the latest funding round with long-time investors such as Voxpro founders Dan and Linda Kiely, also onboard.

It is unclear if the funds recently secured are part of a bigger fundraise or not.

Sisu is a doctor-led clinic focused on treatments that include botox and fillers. It has six outlets in the Republic and one in Belfast.

The new funding is believed to be for a push into the US market.

Mr Phelan was last year reportedly in talks to raise as much as €50 million for Sisu as it looks to expand in the UK and US. He said at the time of the chain’s launch in May 2018 that he aimed to have at least 100 locations open within three years.