GlaxoSmithKline expected to name Jonathan Symonds as next chairman 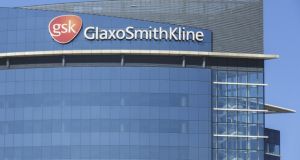 UK pharmaceutical company GlaxoSmithKline is poised to name Jonathan Symonds, a former executive at rivals AstraZeneca and Novartis, as its next chairman, sources said.

The appointment of Mr Symonds, currently the deputy chairman at HSBC Holdings, still needs to be finalised and is subject to approval from banking regulators, according to the person, who asked not to be identified because the information isn’t public.

Glaxo will announce a new chairman “in due course,” the company said in an email, declining to comment further. According to sources, that could happen in coming weeks.

Mr Symonds would replace Philip Hampton, who said earlier this year he was stepping down. The next chairman will help steer the British drug company as it splits its consumer-health business from the pharma and vaccines units, moves into the lucrative cancer field and deals with uncertainty surrounding Brexit.

Mr Hampton has overseen a number of changes over the past four years, including the appointment of a new chief executive officer, Emma Walmsley, in 2017. Glaxo last year agreed to create a consumer-health joint venture with Pfizer, a prelude to its separation. – Bloomberg