‘Our major turning point came with the Zika virus outbreak’

EY Entrepreneur of the Year finalist Philip Noone of Aalto Bio 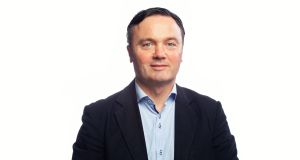 Philip Noone, Aalto Bio: ‘While the initial concern surrounding the Zika virus has subsided, there are still outbreaks together with ongoing Dengue and Chikungunya epidemics that mean a continual demand for these raw materials.’

In the five years since he acquired Aalto Bio, Philip Noone has had remarkable success, gaining a foothold as the market leader in the diagnosis of the Zika virus, to name but one.

The company, founded in 1978 and based in Dublin, was taken over by Noone in 2014 following more than 20 years’ experience in the international medical diagnostics industry in companies including Diasorin, Quest and Trinity Biotech.

While in Quest, Noone was responsible for the molecular diagnostic and serology business units with specific responsibility for the European, the Middle East and Africa markets. As a result, he developed expertise to ultimately build diagnostic tests for Sars, H1N1 and the West Nile virus.

Since joining Aalto Bio, Noone has identified emerging diseases as a key sector for the company, particularly tropical diseases such as Zika and the Dengue virus. The company, which produces and provides raw materials, including proteins and antigens, has built a significant export base, to which 96 per cent of its product goes. While the US is the company’s key market, it also supplies customers in mainland Europe, China, Brazil and Korea, among others.

The company, a 2018 finalist in The Irish Times Innovation Awards, has put itself in a position to ensure it can scale quickly and have the critical raw materials to be in a position to respond fast to market developments.

Since 2015, Aalto has achieved huge growth with 100 customers (including the top five large industry players) added over the past two years alone. Our turnover has also grown year on year and will have almost doubled since 2014 at the end of the current financial year.

Our major turning point happened in 2014 with the Zika virus outbreak. Following an incredible demand for raw materials to combat Zika, we identified the tropical disease sector as a huge growth area in the US, Europe and Latin America and, since then, we have focused our research and development on products primarily aimed at this sector, including Zika, yellow fever and Veev. This strategy has proven successful and we have gone on to become a preferred critical supplier to many of the market leaders in the tropical disease sector.

How will your market look in three years and where would you like your business to be?

While disease outbreaks are difficult to predict over the next three years, we are confident that, based on our experience during the global Zika virus outbreak, we would be in a position to react quickly to developments in the tropical disease sector. While the initial concern surrounding the Zika virus has subsided, there are still outbreaks together with ongoing Dengue and Chikungunya epidemics that mean a continual demand for these raw materials. Unfortunately, given climate change issues, the likelihood is that these tropical diseases, which are spread by mosquitos, will most likely spread to newer regions including mainland Europe in the near future.

The small business sector in Ireland has huge potential and it is important that supports are in place to ensure their ongoing viability. We have experienced huge support from Enterprise Ireland when developing our international markets and it is vital that this strategy continues to enable smaller companies compete on an international basis. I do think there are two key items to be looked at for entrepreneurs growing businesses in Ireland. The first is the increase on the tax allowance to sell a business in Ireland from €1 million to €10 million in line with our British neighbours and, second, to stimulate more companies to establish in this country.