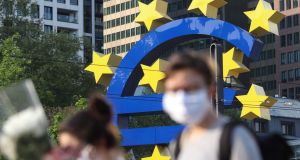 Europe faces a fresh banking crisis if the economic shock caused by coronavirus stretches into 2021, according to a new paper by a network of think tanks in the European Union.

The European Network for Economic and Fiscal Policy Research (EconPol), said that while banks have built up their capital bases and regulators have introduced a raft of new rules in the past decade to avoid a repeat of 2008 crash, it would only take a fifth of loans not being repaid across EU banks to wipe out their reserves.

“The Covid-19 crisis is a serious test of the reforms undertaken in the wake of the 2007-2008 financial crisis,” said the authors of the report. “That led to reforms that were intended to prevent a systemic financial crisis or, failing that, to mitigate its consequences. The reality of systemic risk was one of the major lessons of the financial crisis. But we are now faced with the reality of a health risk that has been previously underestimated.

“On the scale of disasters, this health crisis is even more serious than a systemic financial crisis because of the way in which it simultaneously affects all economic activities at the global level,” they added.

The authors warn that if banks continued to offer supports granted to customers affected by the virus – including payment breaks and loan rescheduling – for long periods of time, “capital reserves will become depleted” and a mechanism introduced in the wake of the last crash to resolve ailing banks, initially by inflicting losses on bondholders, would be severely tested.

Analysts at Davy and Goodbody Stockbrokers estimate that Bank of Ireland, AIB and Permanent TSB face having to deal with more than €4 billion of bad loan losses stemming from the crisis over the course of three years.

While all three lenders, in which the State retains major stakes following bailouts during the last financial crisis, are forecast to post net losses this year as they take a hit from coronavirus, their capital levels will remain above regulatory requirements, according to the analysts.

The Central Bank noted in its latest biannual Financial Stability Review, published on Tuesday, that Irish banks have higher capital levels than the European average to absorb shock losses. However, Central Bank governor Gabriel Makhlouf noted that their reserves are “not infinite”.