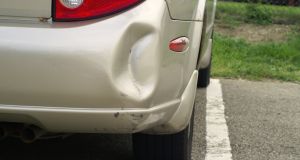 RSA Insurance Ireland’s insurance profit rose 7.7 per cent to £28 million (€31 million) in the first half of the year amid a drop in big motor, workplace and public liability claims as a result of Covid-19 restrictions.

The insurance underwriting result increased even as insurance premiums dropped 11 per cent during the period, to £143 million, as Covid-19 led to a drop in new motor business. The profitability ratio of the Irish unit was far higher than that of the wider UK-based RSA Group.

RSA Insurance Ireland’s combined operating ratio – the cost of claims and administrative expenses relative to premiums earned – fell to 81.9 per cent from 83.8 per cent for the same period last year. The RSA Group ratio was 92.2 per cent. A level below 100 per cent indicates an insurer is writing business at a profit.

“Ireland reported another excellent performance,” RSA Group said in a statement on Thursday, as the overall group reported a 13 per cent increase in operating profit to £349 million (€386 million), which was £10 million ahead of analysts’ expectation.

“The recovery path from the pandemic itself is not yet certain, as well as its human and economic consequences,” chief executive Stephen Hester said. “Nevertheless, we see good prospects for RSA remaining resilient and emerging strongly from this period.”

RSA Group is one of eight participants in the UK Financial Conduct Authority “test case” on business interruption coverage wordings, the result of which may also have wider implications for the industry in this sector. Court hearings in relation to the case have been taking place this week, though a ruling is not expected until September at the earliest.

Meanwhile, RSA Group booked about 39,000 travel claims with estimated costs of £26 million and 2,700 claims for wedding cancellation, with an estimated cost of £9 million during the first half. The group not give individual country figures across markets in which it operates.

RSA Group injected €423 million of cash between 2013 and 2015 into RSA Insurance Ireland to shore up the finances of the Irish unit, after the latter was found to have put aside less money than needed to cover large insurance claims. This made the business appear more profitable than it was.

After suspending its final dividend for 2019, RSA Group said it was not paying an interim dividend, but aimed to resume dividends by the time of full year results.

FBD Holdings, the Republic’s only indigenous general insurer, is set to report first-half figures on Friday. Goodbody Stockbrokers analysts are forecasting a €9.3 million insurance loss for the period after the group set aside €22 million to cover potential Covid-19 business interruption claims that may arise if it loses test court cases relating to its pub policy later this year.