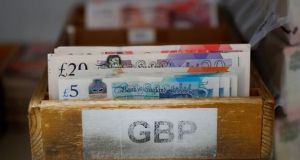 The European Banking Authority (EBA) said that these banks must now complete the “full execution” of their Brexit plans, as agreed in their new licences

Banks using Britain as a gateway to the European Union must fully execute their plans for serving European Union customers before a Brexit transition period ends in December, the EU’s banking watchdog said on Wednesday.

Britain left the EU in January, but financial firms have unfettered access the bloc under transition arrangements that end on December 31st. There is no mechanism for direct EU access in deposits or loans from January.

Many big banks have already opened up hubs in Frankfurt and elsewhere in the bloc to continue serving customers there, while EU banks in London like ING have begun shifting some staff home.

The European Banking Authority (EBA) said that these banks must now complete the “full execution” of their Brexit plans, as agreed in their new licences.

This should be “commensurate to the magnitude, scope and complexity of their activities”, it said.

The new EU hubs are expected to increase their footprint in the bloc proportionally to the amount of business carried out there.

“Despite significant action by many financial institutions, there is no room for complacency even for those institutions that have already obtained all necessary authorisations and permissions,” EBA said.

There was still work to do on changing and moving contracts from Britain to EU operations, it said.

There were also potential “capital impacts”, EBA said. Britain has yet to say if banks in London will have to hold more capital against euro zone debt after the transition ends.

“Institutions should also assess and take necessary actions to address any impacts on rights and obligations of their existing contracts, in particular derivative contracts,” EBA said.

1 Over 400 complaints from migrant workers at meat plants lodged with WRC
2 Staff at Dublin and Cork airports to vote on work practice changes
3 Coronavirus spreads to sandwich king
4 Coronavirus: We must save lives but we also need to live
5 The Irish Times Deal of the Year: The three finalists
6 The Irish Times Company of the Year: the three finalists
7 Moving in and out of lockdown is a recipe for economic disaster
8 Virgin Media vows to withhold sports channels until Eir ‘pays its bill’
9 The euro 20 years on: Ireland’s long journey to currency union
10 Avoca warns of redundancies due to coronavirus
Real news has value SUBSCRIBE