Irish-based insurers pick women for only 21% of top roles 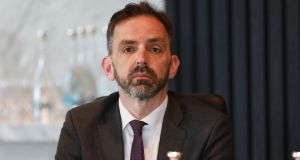 Ed Sibley’s report found women represented just over a third of those in the highest pay quartile in the insurance sector. Photograph Nick Bradshaw

Top insurance companies operating in the State nominated women for just 21 per cent of senior positions between 2012 and 2018, even though their wider workforces were evenly split by gender, according to a Central Bank report.

Candidates for senior positions in regulated financial companies must be vetted by the Central Bank.

The report, a so-called Thematic Assessment of Diversity & Inclusion in Insurance Firms, which looked into 11 companies, also found that women represent 24 per cent of top 10 earners across the sector and just over a third of those in the top 25 per cent pay bracket.

“There are clearly issues affecting the functioning of the insurance sector and the culture of firms within this sector. While causation is difficult to determine, the lack of progress on diversity and inclusion in many insurance firms is connected to these underlying issues,” said deputy Central Bank governor Ed Sibley.

“Improving diversity and inclusion at senior levels can play a part in improving the culture and functioning of individual firms and the industry as a whole.”

The Central Bank has directed the 11 insurance companies, including firms with mainly domestic as well as others focused on overseas business, to submit plans to improve diversity and inclusion at senior level.

“The inadequate focus on diversity in all its forms in succession planning and the absence of plans to solve remuneration issues need to be addressed,” said Mr Sibley.