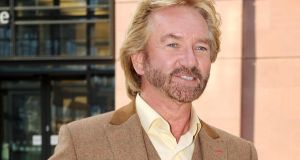 British television star Noel Edmonds is set to take legal action against Lloyds Banking Group in an effort to secure as much as £300 million (€336 million) in compensation after mediation with the lender broke down.

Mr Edmonds and his legal team attended a mediation hearing last Friday, but his lawyer, Jonathan Coad, said they walked out amid concerns that the bank was not going to stick to pledges that HBOS fraud victims would be compensated “swiftly, fairly and appropriately”.

The former Deal Or No Deal presenter is seeking financial redress from Lloyds Banking Group after falling victim to fraud at the hands of former staff at HBOS Reading, which the banking group rescued at the height of the financial crisis.

Mr Coad said Mr Edmonds is now set to pursue his claim to recover those losses though the courts, in the belief that the bank’s arguments will not hold up at trial.

“One reason for our confidence is that, back in 2008, when the bank sued Noel on its personal guarantee, such was the adverse legal advice it was getting from its then lawyers that it bribed Noel’s business partner to the tune of around £1 million to stop him supporting Noel’s defence.

“Since then the bank’s primary witness has been jailed, which greatly weakens its position.”

Corrupt financiers from the HBOS Reading branch were jailed earlier this year for the £245 million loans scam which destroyed several businesses, before they squandered the profits on high-end prostitutes and luxury holidays.

Lloyds has set aside £100 million for victims of the fraud at the hands of HBOS Reading staff between 2003 and 2007.

A spokeswoman for Lloyds said the bank rejects the basis of Mr Edmonds’s claim.