Plan was to award contracts by the middle of November 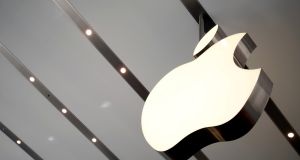 The European Commission last year hit Apple with a tax bill of as much as €13 billion, saying Ireland granted unfair deals that reduced the company’s effective corporate tax rate.

Ireland is set to miss a deadline to hire managers for Apple ’s tax billions during an appeal of a European Union antitrust ruling, the latest delay in a saga that has dragged on for more than a year.

The Irish debt office is hiring custodians and investment managers for the estimated €13 billion in back taxes Ireland has been ordered to collect from the iPhone maker. It had planned to award contracts by mid-November, according to tender documents it issued in July and September.

As of Thursday, no one has been hired. The process is ongoing and the timetables in the tender documents were only for guidance, a spokesman for the agency said in an email response to questions.

In an order that reverberated across the Atlantic, the European Commission last year hit Apple with a tax bill of as much as €13 billion, saying Ireland granted unfair deals that reduced the company’s effective corporate tax rate. The commission sued Ireland in October for failing to collect the taxes quickly enough. The final figure could be about €14 billion, including interest, Apple said earlier this month.

While Apple and Ireland appeal the EU decision, regulators had demanded that Ireland hold the money in escrow until the process is complete.

The European Commission has referred Ireland to the European Court of Justice for failing to recoup the Apple money quickly enough. The money, which was initially due by January 3rd, won’t be collected for another six months at least, the EU said in October.

7 Investors eye purchase of €78m worth of Dublin logistics assets