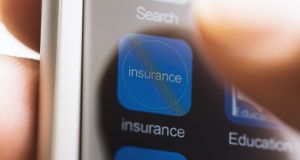 A London-based insurance group has acquired a majority stake in Dublin-headquartered broker Crotty Insurance for an undisclosed sum as it seeks to build its business in the Republic through further acquisitions.

Crotty Insurance, an independent commercial insurance broker, has been in business for 25 years and has a diverse corporate client base and has established specialisms in renewable energy, construction, and professional services industries. Crotty was advised in the sale by financial advisory firm Key Capital.

“We’re delighted to be bringing such a well-respected and successful business on board and to be entering the Republic of Ireland’s thriving insurance sector,” said Stephen Ross, head of mergers and acquisitions for GRP.

Founded in 2013, GRP has written gross premiums in excess of £800 million and employs more than 1,600 staff. In June 2020, private equity firm Searchlight Capital Partners acquired a majority stake in GRP.

In 2018, the latest year for which accounts are available, Crotty Insurance Brokers Limited posted turnover of €2.7 million and recorded a profit before tax of €831,121.

While no price on the deal was forthcoming from the parties, industry sources noted the the sale of broker Arachas, for about €250 million by a UK brokerage group, was done on about 14 times earnings.

GRP’s move into the Republic will sees further consolidation in the market and may be positive news for smaller brokers seeking to sell their business. Sources in the industry suggested that smaller deals can often trade at about eight or nine times earnings.

Finbarr Crotty, founder of Crotty Insurance, said the sale was “fantastic”. “We have worked very hard to build a successful business and earn our reputation in the market and we’re delighted that GRP has recognised the value of what we’ve achieved,” he said.

Mike Bruce, GRP’s chief executive, said: “We’ve always seen Ireland as a great opportunity to grow the business beyond the UK, so we’re very pleased with this deal and look forward to further growth.”

Finbarr Crotty, as well as Eoin Greene and Graham Devine, will remain as executives, directors and shareholders in the business. Mr Crotty will take up the position of executive chairman while Mr Greene will become chief executive of the group.