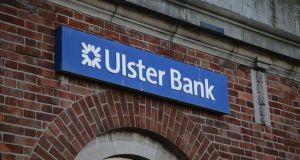 Ulster Bank swung into a €276 million operating loss for the first half of the year, compared to a €26 million profit for the same period in 2019. Photograph: Nick Bradshaw

Ulster Bank said on Thursday it is reducing costs by cutting 266 jobs, or 9.5 per cent of its workforce, as banks’ earnings are being squeezed by low interest rates and loan demand as well as soaring bad loans resulting from Covid-19.

The coronavirus crisis has also accelerated a shift of banking transactions online across the sector.

“”We have announced the next phase of our programme to reduce our costs which includes operational changes and a reduction of 266 roles, which we aim to achieve on a voluntary redundancy basis, where possible,” a spokeswoman for the bank said.

Ulster Bank’s chief executive, Jane Howard, told The Irish Times 12 months ago that the bank was planning a fresh round of job cuts. While the company went about cutting 175 management positions last December, it paused further cost-cutting plans earlier this year to deal with the shock of the pandemic.

Ulster Bank swung into a €276 million operating loss for the first half of the year, compared to a €26 million profit for the same period in 2019, as it set aside €278 million to cover likely loan losses resulting from the coronavirus crisis, and as new lending fell sharply.

The bank, part of the UK-based NatWest Group, formerly Royal Bank of Scotland, moved in early 2009 to become the first retail bank in the State to cut jobs and branches at the start of the financial crisis. It has since eliminated more than 1,000 roles as the size of its balance sheet has shrunk by half, leaving it with a workforce of about 2,800.

Bank of Ireland announced last month that it would cut more than 1,400 jobs in the coming years to rein in costs and lower its staff base to 9,000. AIB signalled earlier this year that it would cull 1,500 jobs by 2022, but stalled the process as Covid-19 hit the economy.

Deloitte Ireland forecast in July that Irish retail banks were likely to cut 20-30 per cent of jobs – or as many as 7,650 positions – in the next five years as the Covid-19 crisis shifts more transactions online and lenders seek to cut costs as earnings across the industry are being squeezed in an era of ultra-low interest rates and slow loan growth.

Ulster Bank has reduced its number of branches in the Republic from 190 before the crisis, including now-defunct First Active locations, to 88. The bank has no current plans to cut further outlets, according to sources.