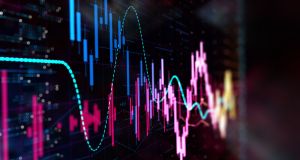 Worldspreads collapsed with debts of £32 million in 2012 after the discovery of financial irregularities. Image: iStock

The founding chief executive of collapsed spread-betting firm Worldspreads, Conor Foley, has avoided a planned £658,900 (€725,000) fine from UK financial authorities for market abuse, after the Irishman provided evidence “of his serious financial hardship”.

The UK Financial Conduct Authority (FCA) said in a statement on Wednesday that it has instead imposed a “public censure in lieu of the financial penalty” and banned Mr Foley from performing any roles in a regulated financial firm.

Mr Foley has abandoned any plan to appeal the FCA decision, the authority said.

Spread betting allows players to bet on the movement of stock market indices, share prices, commodity values, currencies, asset values and sports results. The Dublin-based group collapsed with debts of £32 million in 2012 after the discovery of financial irregularities.

“Mr Foley misled investors in the Worldspreads Group and manipulated the market for its shares in a concerted and deliberate scheme. He should have no place in UK markets,” said Mark Steward, executive director of enforcement and market oversight at the FCA.

The FCA said on July 3rd that it was planning to levy the fine and prohibit Mr Foley from working in a regulated financial firm, subject to a potential appeal by the businessman.

Mr Foley, the the ex-CEO of WorldSpreads Limited (WSL), and its holding company WorldSpreads Group plc (WSG), was involved in drafting admission documentation ahead of WSG’s flotation on the on the junior London stock market in 2007, the FCA found.

“These documents contained misleading information and omitted key information that investors would have needed to make an informed decision about the company,” it said.

“In particular, the documentation did not mention that some WSG executives had made significant loans to WSG and its subsidiaries. This was also never disclosed in the annual company accounts.”

The FCA said that between January 2010 and March 2012, “large spread bets” were placed on WSG shares by accounts of clients on terms that went against credit policy of the group.

“In addition, large spread bets were carried out on two clients’ accounts by Mr Foley himself without the knowledge of the clients, and this had the effect, in the view of the FCA, of giving the appearance of greater demand for WSG shares than in fact existed,” the authority said.

Mr Foley is the third and last former company executive the FCA has taken action against following the company’s collapse in March 2012.

While WSG was Irish-registered, its WSL unit was based in the UK and regulated by the FCA.

The FCA fined and banned the company’s former chief financial officer, Niall O’Kelly, and its financial controller, Lukhvir Thind, in 2017 for falsifying critical financial information concerning Worldspreads’ client liabilities and its cash position, which was passed to the company’s auditors.

By March 31st, 2011, these misstatements amounted to £15.9 million. The company was unable to meet this client money liability, which ultimately led to its collapse.