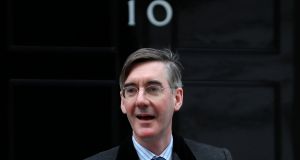 Somerset Capital, the UK boutique manager part-owned by Jacob Rees-Mogg, has launched a second Irish-based fund as the politician, famed for favouring a hard Brexit, continues to reduce his stake in the emerging-markets specialist.

The $8.6 billion (€7.37 billion) company said the fund was created to meet demand from international investors. The UK’s withdrawal from the EU has forced many asset managers to set up replica product ranges in European investment hubs such as Dublin and Luxembourg in order to continue to serve foreign clients.

“The structure we use is only ever relevant to client or technically specific considerations,” said Dominic Johnson, chief executive and cofounder. “The fact that we manage billions of dollars in UK structures should give you reassurance that we are not embarking on an offshoring spree.”

The new fund, which is focused on frontier markets such as Argentina and Nigeria, is seeded with $50 million from AP1, the Swedish national pension plan.

AP1 requested that the fund be domiciled in Ireland, a location that also made it more attractive to other international investors.

The $37 billion pension fund would not be drawn on whether the reason for setting up a fund outside the UK was related to Brexit.

Somerset received approval from the Irish regulator in March for a version of its £1.4 billion emerging-markets dividend growth fund.

Mr Rees-Mogg was labelled last week as the person “running [the] country” behind the scenes by fellow Conservative MP Anna Soubry.

Since becoming an MP in 2010, Mr Rees-Mogg has been gradually reducing his stake in Somerset, exchanging equity for a regular enhanced dividend.

He owns less than the 18 per cent stake held in Somerset by Mr Johnson but more than 15 per cent, according to the register of MPs’ financial interests. All senior partners in the company have committed to reducing their holdings in the business to below 10 per cent within a decade.

Mr Johnson described Somerset’s ownership structure as “Thatcherism meets egalitarianism” and said the arrangement ensured there was multi-generational ownership with partners focused on the long term.

Mr Rees-Mogg has received an average monthly payment of £14,983 (€16,751 ) over the past 12 months but he does not have to declare his dividend. The company said he spent an hour in its offices three mornings a week. In the 12 months to March last year, 21 partners shared £21.9 million in distributions.

AP1 has been a long-term investor in Somerset’s funds. About half of Somerset’s assets are managed on behalf of big US institutions, including the $204 billion Florida State Board of Administration, which has $900 million invested.

A quarter of the money Somerset manages is on behalf of UK investors, with the rest coming from Europe and the rest of the world.

Somerset is in the process of unwinding a US version of its frontier strategy that was launched in 2013. The new fund is capped at $300 million.