Brexit: Amazon warns of ‘civil unrest’ if UK leaves EU with no deal 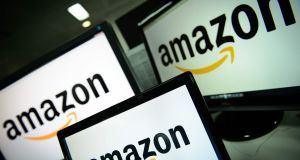 Amazon’s UK boss has warned the country’s Brexit secretary Dominic Raab that Britain would face “civil unrest” within weeks of a no-deal Brexit, adding the online retailer’s voice to a growing list of businesses expressing their concerns.

Doug Gurr, the retail giant’s UK manager, reportedly made the comment during a meeting between Mr Raab and a group of senior business executives on Friday. Amazon declined to confirm whether Mr Gurr had made the remarks, reported in the London Times, but admitted it was planning for a wide range of outcomes.

“Like any business, we consider a wide range of scenarios in planning discussions so that we’re prepared to continue serving customers and small businesses who count on Amazon, even if those scenarios are very unlikely,” a spokesperson said. “This is not specific to any one issue – it’s the way we plan for any number of issues around the world.”

Mr Gurr reportedly delivered the warning during a summit of business leaders hosted by Mr Raab at Chevening, a Kent country house owned by the British government.

Amazon is among a host of businesses to issue warnings about the prospect of a no-deal Brexit in which the UK leaves the EU without an agreement in place governing matters such as trade tariffs. Several major employers, including aerospace giant Airbus and the UK’s largest car-maker Jaguar Land Rover, have warned they could be forced to move jobs and investment overseas.

Ryanair said on Monday that it believes there was a significant chance of a no-deal scenario. “We remain concerned by the danger of a hard [no deal] Brexit in March 2019,” the Dublin-based carrier said in a statement.

“While there is a view that a 21-month transition agreement from March 2019 to December 2020 will be implemented (and extended), recent events in the UK political sphere have added to this uncertainty, and we believe that the risk of a hard Brexit is being underestimated.”

Fresh anxiety among UK businesses emerged days after Mr Raab accused Brussels of being irresponsible for flagging up the risks to EU nationals living in Britain from a no-deal Brexit.

In an interview on BBC One’s Andrew Marr Show on Sunday, Mr Raab described a document published by Brussels last week that highlighted the risk of the UK leaving the EU without an agreement as “obviously an attempt to try and ramp up the pressure”.

He also dismissed a Sun story saying the British government was planning to stockpile processed food in case of a no-deal Brexit. He at first denied it, before adding: “That kind of selective snippet that makes it into the media, to the extent that the public pay attention to it, I think is unhelpful.”

Meanwhile, British prime minister Theresa May is trying to grapple with continuing Cabinet tensions over her Brexit strategy as her top team of ministers met for a special session in Gateshead on Monday.

After Mr Raab indicated he still needed to persuade some members of Ms May’s cabinet to get behind the controversial Chequers compromise deal on EU withdrawal aims, the prime minister was attempting to emphasis the positive impacts of exiting the bloc.

As London and Brussels are prepared for an intensive 12 weeks of talks before the deadline for a deal in October, Tory former prime minister John Major said that a second referendum was “morally justified”.

After weeks of continued crisis over Brexit strategy, Ms May will be hoping for a temporary breathing space as the Commons rises for the summer recess on Tuesday.

The ongoing Tory turmoil over Brexit came as Ms May was hoping to present the cabinet’s visit to the northeast as a commitment to regional development post-Brexit. The Cabinet meeting will see announcements of backing for technology and manufacturing development in the region. The move away from usual meetings in Downing Street will see a commitment to funding offshore and remote island wind to power millions of homes. – Guardian, PA