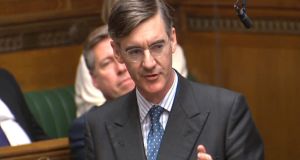 Somerset Capital Management (SCM), a London investment firm co-owned by prominent Tory Brexiteer Jacob Rees-Mogg, has launched a new investment vehicle in Dublin that warns of the potential risks of a hard Brexit.

An agent of SCM in March registered a prospectus with the Central Bank of Ireland for Somerset Capital Management Icav, a Dublin-based tax efficient “collected asset vehicle” investment structure. It will be subject to Irish and European Union rules.

Under the “risks” section of the Icav’s investment prospectus, the issue of Brexit is directly addressed, including the potential ramifications for SCM’s Irish structure during Britain’s exit negotiations with the EU.

“During, and possibly after, this period there is likely to be considerable uncertainty as to the position of the UK and the arrangements which will apply to its relationships with the EU,” the fund says.

“As [SCM is] based in the UK and a fund’s investments may be located in the UK or the EU, a fund may as a result be affected by the events described above.”

The Icav specifically warns that a hard Brexit “may increase costs or make it more difficult for the Icav to pursue its objectives”.

The Icav, it was revealed this week in Private Eye magazine in the UK, has so far launched one Irish sub-fund, the MI Somerset Emerging Markets Feeder Fund. The Icav’s local legal advisory firm is Arthur Cox.

SCM and Mr Rees-Mogg have been invited to comment on the the launch of its Irish structure.

Mr Rees-Mogg, a Conservative Party backbencher, has emerged as a hardliner on the issue of Brexit. He has previously accused the EU of “threatening” Britain over the issue of the Border.

He also also suggested that a hard Brexit, whereby the UK would walk away next year without an exit deal or trade arrangement, should not be ruled out.

Mr Rees-Mogg co-founded and owns a stake in SCM, for whom he still acts in a part-time role. He does not make investment decisions.