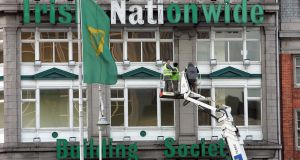 The former finance director of Irish Nationwide Building Society (INBS) told an inquiry into alleged regulatory breaches at the defunct lender that he hadn’t ever read the minutes of key credit committee meetings.

Stan Purcell also accepted under cross-examination by Niamh Hyland SC, on behalf of the Central Bank inquiry, that statements made by the society to the financial regulator about the functioning of this committee had been wrong.

Assurances given to the regulator on behalf of INBS by its then compliance officer, Ita Rogers, were based on information that Ms Rogers had obtained from others within INBS, Mr Purcell said. He suggested the information was sourced from former commercial lending manager Tom McMenamin, among others.

The regulator was told that credit reviews of major commercial loans were being formally submitted to the committee on a monthly basis.

Mr Purcell accepted Ms Hyland’s assessment that what the regulator had been told was “manifestly wrong” and “utterly incorrect”, although he said he believed it to be accurate at the time.

Ms Hyland noted that Mr Purcell, who was the line manager for Ms Rogers, had given an undertaking to the board of INBS in January 2005 that he would deal with recommendations in relation to credit reviews that had been made by its external auditors, KPMG.

Mr Purcell denied being part of the direct reporting structure for commercial lending recommendations. He said it “didn’t occur to him” to examine the minutes of the credit committee, nor did he recall having a conversation with committee member Mr McMenamin about the society’s communications with the regulator.

Mr Purcell, who was in his second day of cross-examination, said he believed that former INBS managing director Michael Fingleton should have been attending meetings of the credit committee in 2006.

“Mr Fingleton was obviously the key man in that area, so I felt that he should have been attending,” he said.

Mr Purcell, who will continue as a witness until Thursday, said on Monday he could not recall specific details surrounding the creation of the credit committee, or whether it effectively challenged the approval of loans.

The inquiry is seeking to find out if Mr Fingleton, Mr Purcell (whose full name is John Stanley Purcell), Mr McMenamin and a fourth former manager – Gary McCollum, who once led INBS’s lending activities in Belfast – were involved in seven so-called contraventions at INBS between August 2004 and September 2008.

This first module of the inquiry is examining whether the society’s credit committee failed to adhere to internal policies by not reviewing cases of large commercial loan arrears, exposure to specific sectors or customers or issues raised by internal audit, outside advisers or regulators.