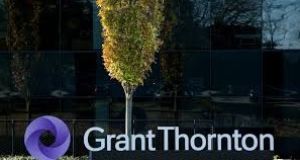 Grant Thornton has parted ways with a dozen UK partners in a restructuring designed to reverse a five-year financial decline.

Grant Thornton has parted ways with a dozen UK partners in a restructuring designed to reverse a five-year financial decline.

The accounting firm informed its top echelon that about 12 partners – 6 per cent of the total – were leaving as it attempts to improve profits and recover from a difficult year for the business, which has faced scrutiny over its audits of cafe chain Patisserie Valerie and after the controversial departure of Sacha Romanovitch, its former chief executive.

The internal announcement about the partners, some who have worked at Grant Thornton for 30 years, was made ahead of its financial results, which are due to be published in December.

The decline pushed average pay per partner down to £373,000, far below the earnings of partners at rival firms. It also meant Grant Thornton’s 187 partners earned £25,000 less on average than in 2015 when Ms Romanovitch took charge of the firm.

The round of exits will affect all of its service lines, including audit and advisory work. An insider said it was “not a night of the long knives”, but that some partners who were nearing retirement had been “moved on more quickly” as the firm attempts to rein in “legacy costs” related to its former leadership.

Jonathan Riley, head of quality and reputation at Grant Thornton, said the departures represented “a combination of factors, including early retirement and some people whose roles no longer exist because of recent restructures and a change of focus around our client base generally”.

David Dunckley took over as chief executive in November and has made a number of changes in a bid to turn around the firm’s fortunes. In March, the firm said it would make about 60 administrative staff redundant. Grant Thornton has also begun to shed risky or unprofitable clients, including stepping away from retail chain Sports Direct, one of its largest listed audits.

The firm said: “Like all businesses, we regularly review our operating structure. This builds on steps we’ve already taken over the last year to ensure our operations are aligned to the changing needs of our clients and their stakeholders.”

Mark Henshaw, an auditor who has been a partner since 1997, is one of the most senior departures. Executives at Grant Thornton declined to comment on the names put to them by the Financial Times.

Grant Thornton has been hit by a series of blows since last August, which have undermined its reputation as one of the best placed “challenger” accounting firms capable of breaking the stranglehold of the Big Four firms – KPMG, EY, PwC and Deloitte – over Britain’s audit market.

The controversies included a £3 million fine by the accounting watchdog over its relationships with Nichols, the maker of Vimto, and the University of Salford. It is also being investigated by the UK Financial Reporting Council for failing to spot a suspected serious fraud at bakery chain Patisserie Valerie.