Executives from AIG, Aviva, and Zurich were before the Oireachtas finance committee 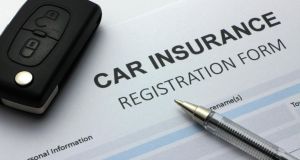 Insurance companies have claimed the cost of premiums is due to the increased cost of claims and fraud. Photograph: iStock

Senior executives from AIG Insurance, Aviva Insurance and Zurich Insurance were before the Oireachtas finance committee on Thursday to answer questions on difficulties in relation to insurance, including the cost of premiums.

Aviva chief executive John Quinlan said the company targeted a profit of 5 per cent. However, on premium income of €508 million last year, it made a profit of €58 million, which works out at 11 per cent.

“The claims we pay are often seven years down the road,” he said. “We are not making super profits. If we were, there would be more competition in the market. If I look at 2012-2018, it is 2 per cent below our target.

“We need to make sure we’re here to pay the claims of the future. We will pass them back to customers as soon as we see reductions in claims costs.”

The company made an initial profit of €18 million but received a further €10 million in investment income to bring the total figure to €28 million, he said. That represents a profit of 9 per cent compared with turnover.

In response to questions from committee members, Mr Brennan said: “We wouldn’t describe them as super profits.”

AIG general manager Declan O’Rourke said the company’s turnover last year was €280 million. He said the company failed to turn a profit in each of the last two years, recording a loss of €30 million in 2018 and a loss of about €5 million the year before.

All of the companies that have appeared before the committee have claimed the cost of premiums is due to the increased cost of claims and fraud. “The excessive award levels have created a compo culture,” said Mr Quinlan.

However, insurance companies have admitted reporting just a fraction of suspicious cases to the Garda.

Aviva head of claims John Farrell said one in five personal injury claims at the company “give rise to fraud”, of which a further one in five are reported to the Garda.

He said about 600 claims had been reported to the Garda in the past four years, of which less than a dozen had come before the courts. There were just two convictions.

“There simply isn’t sufficient capacity in the Garda with the resources to investigate fraud,” he said. “We need assistance in this area. These are crimes and they have a real impact.”

Mr Farrell was also critical of “enablers” in the legal profession. “Legal professions need to look closely at this,” he said. “It is difficult to believe in some cases they would not have thought there were grounds for suspicion.”

In AIG’s case, Mr O’Rourke said that of its 2,500 cases last year, 450 – or 18 per cent – were investigated by the company for fraud, but just 10 were passed on to the Garda. He said there had been one conviction secured in the courts.

Mr Brennan said 200 claims were investigated by Zurich’s special fraud unit in 2018, of which about half were not paid out on. However, just four cases were reported to the Garda.

The company secured a single conviction in the courts.

Sinn Féin finance spokesman Pearse Doherty criticised the companies for failing to report each and every case of suspected fraud to the Garda. He said insurers were obliged by law to do so.

Mr Quinlan said the in-house legal advice at Aviva was that it was compliant with the law as it was only obliged to supply the Garda with information that might be of “material assistance”. He added that its unit is headed up by a former Garda superintendent.

1 Admission of mistake in Oxford vaccine dose raises doubts over reliability
2 Cliff Taylor: Deal or no deal we are now heading for a hard Brexit
3 Move to EU or face disruption, City of London is warned
4 Last orders for Rí-Rá nightclub and The Globe after green light for Central Hotel revamp
5 Karlin Lillington: How I managed to cut my mobile phone bill by at least half
6 Irish Life fund pays €49m for 94 Dalkey apartments
7 Fiona Reddan: Who’s afraid of Revolut? Not AIB and BOI it seems
8 Central Bank rules out changes to mortgage rules during pandemic
9 Fenergo named Irish technology company of the year
10 Lahinch Golf Club runs out of its own cash after €3m Covid-19 hit
Real news has value SUBSCRIBE