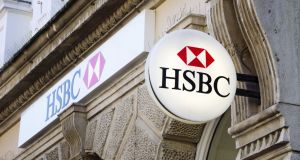 HSBC has embarked on a cost-cutting drive that threatens up to 10,000 jobs, as its new interim chief executive Noel Quinn seeks to make his mark on the bank.

The plan represents the lender’s most ambitious attempt to rein in costs in years, said two people briefed on it, who said it would result in a substantial reduction in HSBC’s headcount of roughly 238,000.

“We’ve known for years that we need to do something about our cost base, the largest component of which is people - now we are finally grasping the nettle,” said one of the people.

“There’s some very hard modelling going on. We are asking why we have so many people in Europe when we’ve got double-digit returns in parts of Asia. ”

Any job cuts implemented as part of the latest plan would come on top of 4,700 redundancies that HSBC recently announced amid what it described as “an increasingly complex and challenging global environment” characterised by low interest rates, trade conflicts and Brexit uncertainty.

A large chunk of those job cuts were implemented under a scheme known as “Project Oak”, which tried to encourage executives and managers to shrink their teams by offering funding from a central pot of money to cover redundancy payouts.

Deutsche Bank in August said it would eliminate 18,000 roles as part of a radical overhaul. Barclays, Société Générale and Citigroup have also announced job cuts this year.

Mr Quinn started work on the new cost-cutting plan days after he was appointed as interim chief executive following the exit of his predecessor John Flint, who was dismissed in part because he avoided “difficult decisions” on job cuts, said one of the people.

Mr Flint was replaced on an interim basis by Mr Quinn, who has been told he is a leading internal candidate for the role and that he has the authority to take big strategic decisions, the person added.

Mr Quinn is working on the plan with Ewen Stevenson, chief financial officer, who substantially lowered costs when he held the same role at Royal Bank of Scotland.

HSBC could announce that it has begun the cost-cutting exercise when it reports third-quarter results later this month, one of the people said, although the bank has not yet made a final decision on when to make the plan public.

Mr Quinn and Mr Stevenson are trying to find savings in each of the bank’s four major divisions, which service multinational corporations, smaller businesses, retail customers and wealthy individuals, one of the people said.

A divestment of HSBC’s retail operation in France, which is being prepared for sale, would also result in a substantial reduction in the number of people employed by the bank, with thousands of staff either moving to the new owner or being made redundant, one of the people said.

Another person said the plan would not prevent the bank from continuing to hire “revenue-generating” staff in high-growth regions in Asia, where it generates nearly 80 per cent of its profits. – Copyright The Financial Times Limited 2019