Goldman Sachs to pay record $2.3bn foreign bribery penalty in the US 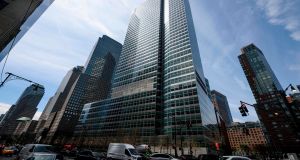 Goldman Sachs will pay a record foreign bribery penalty in the US and will enter a guilty plea for the first time ever for its role in the plundering of Malaysia’s 1MDB investment fund.

Goldman admitted to wrongdoing but its parent company avoided conviction in a deal known as a deferred-prosecution agreement, according to a court proceeding in Brooklyn, New York, on Thursday. That designation is a win for Goldman Sachs, because a conviction might have risked losing some institutional clients that are restricted from working with financial firms with criminal records.

The bank will pay more than $2.3 billion (€1.95 million) in a fine in the plea deal, US prosecutor Alixandra Smith said, the largest such penalty in US history. In all, Goldman’s penalties will exceed $5 billion globally.

The deal, which was expected, concludes one of the biggest bank investigations inherited by the Trump administration. It holds Goldman Sachs to account for its role in raising $6.5 billion for 1MDB, much of which US authorities say was stolen by people connected to the country’s former prime minister and diverted into high-end art and real estate, a super yacht and the Hollywood movie The Wolf of Wall Street. – Bloomberg