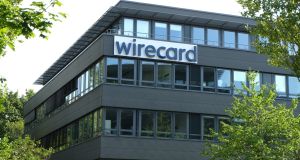 James Freis was hired by crisis-hit Wirecard in May to become the German payments group’s chief compliance officer. Photograph: iStock

James Freis, the former US regulatory official tasked with running German e-payments giant Wirecard as it collapsed over the summer, warned an audience of Irish executives on Wednesday of the risks of running their business by autocratic rule in a rapidly changing economy.

“We’re in a world that is evolving faster than anyone could have anticipated years ago. If a management team is not looking to change, to evolve, to challenge the way that they’re doing things, they are going to fall behind, because the markets and the consumers and the service demanders are evolving,” Mr Freis told a virtual corporate crime and regulation summit hosted by law firm A&L Goodbody.

“An institution that is an autarchic one, just demanding from the top down, is one that is more likely to fail,” Mr Freis added.

Businesses that encourage staff to promote ideas, and speak up when something doesn’t make sense or they see evidence of misdeeds, are best placed to thrive, he said.

Mr Freis, a former chief executive of the US treasury department’s Financial Crimes Enforcement Network (FinCEN), was hired by Munich-based Wirecard in May from Germany’s stock exchange operator Deutsche Börse to become a member of the payment group’s management board overseeing regulated business lines.

The executive would take over as chief executive on June 19th after it emerged that Wirecard was unable to confirm the existence of €1.9 billion of cash balances on the accounts. He immediately spotted evidence of likely financial fraud and was key to a decision by the company to file for insolvency a week later. Mr Freis’s contract was terminated at the end of August, after administrators took control.

Mr Freis told the conference that the hardest thing was “being in there alone” as he took over the rapidly-failing business.

“I literally came in knowing almost no one. I had to remove a significant layer of management,” he said, adding that, at the very least, senior people hadn’t taken steps to stop “things that were obvious indicators” of fraud.

Mr Freis said that the worst thing during a crisis is to have employees and advisers who are unable to take responsibility and offer concrete recommendations.

“The worst thing is someone coming and saying, ‘Well, that’s not my job’ or ‘We’ve never done that before’,” he said. “Well, frankly the reason you are called into a crisis meeting is because we don’t have a playbook.”

The Garda National Economic Crime Bureau (GNECB) raided the Irish office of Wirecard in July, as it sought to assist German authorities in a multinational investigation into the once high-flying group, sources told The Irish Times at the time.

Wirecard had seen its low-profile Dublin-based business caught up an external investigation earlier this year amid reports of accounting irregularities across a number of the group’s international operations, including Singapore, Dubai and India.

Wirecard’s board hired KPMG last October to investigate a series of allegations that had appeared in the Financial Times and other publications alleging the company had reported higher revenues and profits based on fictitious customer sales.

One of the Financial Times allegations was that a Wirecard partner company, Dubai-based Al Alam Solutions, a so-called third-party acquirer which helps retailers accept credit card transactions, had routed sales in the names of suspect clients through subsidiaries of the German group in Dubai and Dublin.

KPMG could neither verify nor disprove the claims, according to its report.

Wirecard’s former chief operating officer Jan Marselek, who has gone on the run and is subject of an international arrest warrant, was removed as a director of Wirecard UK & Ireland in August, according to Companies Registration Office filings.

Former Wirecard chief executive Markus Braun was arrested in June on suspicion of falsifying accounts. He was subsequently released on bail and denies the allegations.

Mr Freis said that that he is currently “thinking about stepping back and looking towards more non-executive board of director positions and advisory roles”.