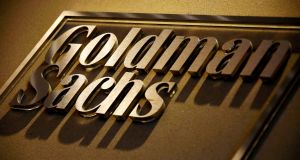 Goldman Sachs’ chief executive confirmed the US investment bank would have hubs in both Frankfurt and Paris after Brexit as it prepares to shift jobs out of the UK.

Lloyd Blankfein said the bank was “approaching the critical moment when we will have to make decisions” and that Goldman would “not have a single centre, but two, in Frankfurt and Paris.”

“We will have more employees on the continent. Some, if they wish, will come from London, we will hire others,” said Mr Blankfein in an interview with French newspaper Le Figaro without mentioning any numbers.

“Afterwards, it is the people who will largely decide where they prefer to live. And I can imagine that many Americans would prefer to live in Paris than in Frankfurt for many reasons,” added Mr Blankfein while praising French president Emmanuel Macron’s efforts to reform the economy.

Mr Blankfein’s comments come after recent visits to both cities which are locked in a battle to take advantage of Britain’s exit from the EU.

While many banks wait to see how negotiations between the EU and the UK turn out before announcing plans, Paris has made no secret of its desire to attract financial jobs, announcing measures to lower the tax burden and cut red tape for international bankers.

Europlace Paris, which lobbies for French finance, is hoping to attract 10,000 such jobs to the French capital as a result of Brexit.

However, while Paris has scored some recent victories, Frankfurt has gained momentum after a string of banks - including Citigroup, Morgan Stanley, Nomura and Standard Chartered - opted to beef up their operations in the German financial capital.

The Goldman chief ratcheted up tension between the two competing cities as he travelled, sending out tweets in praise of both locations.

“Struck by the positive energy here in Paris. Strong govt and biz leaders are committed to economic reform and are well thru the first steps. And the food’s good too!” Mr Blankfein wrote on Twitter last week.

Goldman also recently signed a lease on a Frankfurt skyscraper that would allow it to add 800 staff in the German financial capital.

The deal will give Goldman 10,000 sq m of office space in the city with capacity for as many as 1,000 staff, a significant increase from the 200 people it employs there.

Goldman already has sizeable offices in the centre of Paris where it has about 100 employees. The bank employs 6,500 staff in the UK, mostly in London, where it is in the process of building a new European headquarters in Farringdon.

It has designed the site in London so that sections can be sublet if it decides not to occupy all of the 850,000 sq ft of available space.