May’s amendment seen by Remainers as evidence of weakness 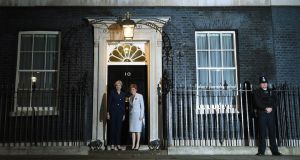 It was an uplifting afternoon in the House of Commons for Remainers, with stirring speeches from opposition MPs and Conservative rebels. Ken Clarke’s bravura performance, full of witty diversions and dripping scorn on Theresa May’s Brexit strategy, left them cheering and waving order papers on the benches opposite.

Clarke’s fellow rebels on the government benches were cheering too but Tory Remainers are privately pessimistic about their prospects of amending the European Union (Withdrawal) Bill to force May to embrace a softer approach to Brexit. One rebel Tory said on Tuesday that the government had promised to listen to critics before the Bill returned to the Commons for scrutiny this week but had ignored all their concerns.

“They have decided that we’re to be dismissed. They think we’re weak because so few of us will rebel,” the MP said.

The disincentives to defy the whip are persuasive. Pro-Europeans who hold government positions will be sacked if they rebel, and younger MPs are susceptible to threats from the whips. The prime minister has angered pro-European Conservatives so profoundly in recent days, however, that usually docile MPs showed up on Monday night to a rebels’ meeting in Westminster.

What riled the rebels was May’s unexpected announcement in the Daily Telegraph last Friday that she would table an amendment to the Bill, specifying the date on which Britain would withdraw from the EU. For the rebels, this was not only a reckless move which would shut off the option of extending the Brexit negotiations but a sign of May’s weakness in the face of pressure from the Brexiteers.

“She is so weak. There is a real vacuum inside her and it’s whoever fills it. These people are really clever – the language they use, the manoeuvring,” the rebel MP said. “These people will stop at nothing. They will have a plan. They always outmanoeuvre us. They are highly ambitious men. The only reason they go along with Theresa is because she is doing their bidding. As soon as she stops, they will knife her.”

The rebels believe they can defeat the government on a few amendments but much of their focus is on what happens to the legislation when it moves to the House of Lords after Brexit. Conservative rebels argue that by speaking and voting against the Bill in the Commons, they are giving the Lords authority to pick the legislation apart.