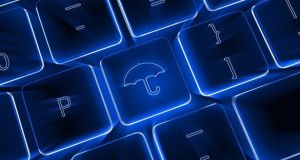 Irish-founded insurance software company Fineos expects to see further revenue growth over the next 12 months despite the coronavirus crisis.

The news comes as the firm reported a 40 per cent rise in full-year revenues to €87.8 million for the year to the end of June.

The company said it was targeting topline turnover growth of 20 per cent for the next year, which includes subscription revenue growth of 30 per cent but does not include a contribution from Limelight Health, which it acquired earlier this month in a €63.6 million deal. The group also announced a €55 million equity raise at the same time.

On a pro forma basis, earnings before interest, taxes, depreciation, and amortisation (ebitda) was €15.7 million, up 88 per cent on the €8.4 million achieved last year and 80.6 per cent ahead of its €8.7 million IPO prospectus forecast.

Fineos raised about €130 million when it became the first Irish-headquartered to company to float on the stock exchange in Australia last August.

The company recorded a statutory net loss after tax for the year of €200,000, down from €1.8 million in the previous year.

Mr Kelly, the company’s chief executive, said the company invested €28.4 million – close to a third of full-year revenues – in product research and development last year. It also increased total staffing levels by 31.8 per cent to 875 as it announced nine new name client wins.

The company said the impact of Covid-19 on the business remained low.

“In spite of the significant global headwinds and uncertainty caused by the Covid-19 pandemic, management continue to be confident of achieving impressive revenue growth levels in 2021,” it said.