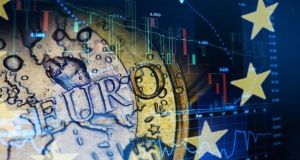 Treasury Bills are used to provide governments with short-term liquidity

The agency, which manages funding for the State, said bids received for the six-month Treasury Bills amounted to €2.277 billion, which was three times the amount on offer.

They were priced to yield investors minus 0.54 per cent, meaning that buyers of the notes are paying the Irish Government to hold their money for the period.

Ireland has been selling Treasury Bills at a negative rate since late 2015, taking advantage of a low interest rate environment .

Treasury Bills are used to provide governments with short-term liquidity as they rely on long-term bond markets to fund budget shortfalls and debt refinancings.

The NTMA plans to raise up to €24 billion of long-term funding this year, primarily to fund Government measures to deal with the Covid-19 pandemic which include the State’s two wage-support schemes.

NTMA chief executive Conor O’Kelly has warned that the increased level of borrowing has left the State exposed to rising interest rates.