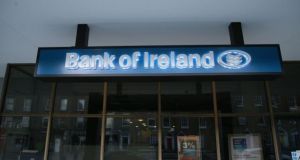 Bank of Ireland has raised an additional €300 million through the sale of the riskiest form of bank debt.

The bank said the so-called Additional Tier 1 notes, which were more than five times oversubscribed, had a 6 per cent coupon.

Bank of Ireland raised €625 million earlier this year through a similar placement of AT1 notes.

“The successful execution of this transaction further enhances the group’s strong capital position,” said Sean Crowe, chief executive of markets and treasury at Bank of Ireland.

“The transaction represents a continued strong show of confidence from international investors towards the Irish economy and banking sector as it deals with the Covid-19 pandemic,” he added.

Bank of Ireland recently indicated in its second-quarter results that it might issue more subordinated debt to meet new regulatory requirements.

Shares in the bank were 1 per cent higher in late trading in Dublin on Wednesday following the announcement.