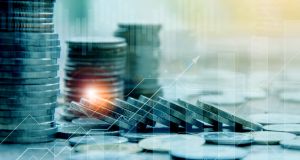 The Government is to transpose regulations aimed at preventing money laundering and terrorist financing, just over a month after the State was fined €2 million fine for delays in implementing the new EU rules.

Minister for Justice Helen McEntee earlier this week received approval from Cabinet for the publication of the Money Laundering and Terrorist Financing (Amendment) Bill 2020, which transposes the fifth anti-money laundering directive into law in the Republic.

The regulations, passed in the EU in 2015, introduce more transparency on the ownership of companies, and reinforced surveillance requirements for banks, lawyers and accountants.

Cryptocurrency-focused companies in particular face stricter obligations under the new rules in terms of anti-money laundering and Know Your Customer requirements.

Some Irish crypto companies have previously complained they have been unable to obtain banking services locally due to the delays in transposing the regulations.

Boinnex, a Co Cork-headquartered provider of bitcoin ATM machines, had its account with AIB closed down last year, for example. The bank informed the company it was to end its relationship, as the market for cryptocurrencies remained unregulated and was not regarded as a currency under Irish law.

Other crypto companies such as Bitcove, which previously won a Bank of Ireland-sponsored start-up competition, have also said they have been refused services by Irish banks.

Both AIB and Bank of Ireland have previously denied suggestions that they discriminate against companies dealing in cryptocurrencies.

“We will monitor the situation as the fifth anti-money-laundering directive becomes established in Ireland, and the potential impact it has within the cryptocurrency sector,” said a spokesman for Bank of Ireland.

Rival AIB said all requests for banking services were considered on a case-by-case basis.

“AIB requires customers to adhere to anti-money laundering and Know Your Customer regulatory requirements for opening and operating bank accounts,” a spokesman said.