Insurers bet pandemic will usher in era of higher returns 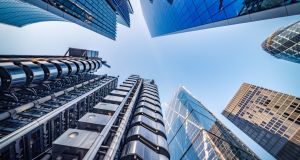 Investors have quietly poured billions of dollars into insurance companies, betting the pandemic will ultimately prove the catalyst that ends a period of fallow returns for the industry.

The coronavirus crisis appears a rolling nightmare for the insurance industry as it is assailed by huge claims and locked in damaging legal fights with customers.

But in recent months investors have quietly poured billions of dollars into insurance companies, betting the pandemic will ultimately prove the catalyst that ends a period of fallow returns for the industry.

Their calculation is a simple, if risky, one: the wave of claims from the pandemic won’t overwhelm insurance companies but will allow them to justify hefty price rises for new policies.

It is the pitch insurers have been making this summer to pension funds, private-equity houses and sovereign wealth funds as they seek funds to back new business.

“We raised a lot of capital,” said Kevin O’Donnell, chief executive of Bermuda-based insurer RenaissanceRe. “We are optimistic that this is a long-term shift in the market, and there are opportunities for organic growth.”

Reinsurance broker Willis Re estimates a total of $13 billion (€11 billion) has already been drummed up. Australia’s QBE was one of the first out of the blocks, securing $750 million in April. London-listed Beazley and Hiscox followed, pulling in £247 million (€273 million) and £375 million respectively. Enstar, a Bermuda-based insurance company, launched a $610 million recapitalisation of StarStone, its US subsidiary.

Even as the US struggles to tame the virus and case counts spike elsewhere in the world, the wave of fundraising from insurers is expected to continue as privately-owned companies muscle in.

Convex, a $1.8 billion UK-based insurer set up by industry veteran Stephen Catlin last year, is raising more money; Ark, a Lloyd’s of London insurer, is looking for $1 billion of equity and debt.

Nor is it simply through fundraisings that insurers and reinsurers are attempting to get on the front foot.

Munich Re, the world’s largest reinsurer, has ditched a share buyback programme, partly so it has the financial firepower to back new business at higher prices. Then this month Bermuda-based reinsurer Third Point Re struck a $3.3 billion merger with Sweden’s Sirius to fortify their balance sheets, raising $50 million from Wall Street hedge fund manager Dan Loeb.

“The transaction is well timed for opportunities,” said Siddhartha Sankaran, who will lead the combined company and was previously chief financial officer at AIG. “It gives us a bigger capital base, which is important.”

The fresh funds and more resilient balance sheets will, of course, prove critical if Covid-19 claims, spanning everything from travel insurance to cancelled events, spiral higher.

“It’s about bolstering balance sheets to absorb any Covid-19 related uncertainty,” said Catherine Thomas, a senior director at rating agency AM Best. “But they’re [insurers and reinsurers] emphasising that they are looking to take advantage of favourable market conditions.”

Although the ultimate tally of Covid-19 claims remains a modelling exercise, no one disputes that the pandemic has handed the industry enviable power when setting prices.

In industry jargon, the crisis created a “hard market”, where the insurers have the upper hand after a long period when low claims depressed prices.

“Commercial [insurance] is hardening everywhere in the world in practically every line of business,” Mario Greco, Zurich chief executive, said recently. “Customers fully understand that the losses that the sector has paid to them require a price adjustment. This hardening is much higher than anything we’ve seen over the last probably 15-20 years.”

While the pandemic has turbocharged the trend, prices began rising in 2017 when a trio of hurricanes, Harvey, Irma and Maria, made the year a record one for catastrophe losses, according to Swiss Re. More hurricanes and wildfires unleashed further claims in 2018, while the increasing generosity of US juries towards plaintiffs suing companies is another source of substantial payouts.

Some were preparing for an improvement in market conditions before Covid-19 erupted. It was why Mr Catlin set up Convex, and French insurer Axa paid $15 billion for rival XL in 2018 in a deal that drew heavy criticism at the time.

“We saw the need for companies to insure more and insure better, and that we were at a good time in the pricing cycle,” said Axa chief executive Thomas Buberl. “The underlying dynamic is great.”

If confidence grows that the pricing boom is merely in its infancy, insurance start-ups are likely to try to cash in on investors’ enthusiasm, too. Whether it is a start-up or a well-established insurer, they are all after the sort of returns that insurance has made in the past.

He reckons that investors can expect returns in the low to mid-teens, or more if the weather is favourable, adding: “Where else can you put your money to generate anything close to that?”

But even if prices continue to rise, achieving those returns is not a given.

Established insurers still have to deal with Covid-19 payouts and claims elsewhere could yet overwhelm any benefits from higher prices. Researchers at Colorado State University researchers expect “an extremely active 2020 Atlantic hurricane season”.

Start-ups are spared such legacy claims, but they are in a race against the clock if they wish to benefit from the benign conditions. They will have to secure the staff, infrastructure and regulatory approvals by the start of next year, when many commercial insurance contracts renew.

And looming over any calculus on whether history will regard the pandemic as a boon or a calamity for the industry, is how the global recession will unfold.

“People are very optimistic about the price increases but there’s a lot of uncertainty out there,” said Ms Thomas of AM Best. “It’s going to be driven by economic conditions.” – Copyright The Financial Times Limited 2020