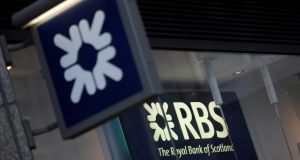 After a four-year investigation the FCA found no evidence of dishonesty by senior individuals at Royal Bank of Scotland. Photograph: Peter Nicholls/Reuters

UK politicians condemned as a “complete whitewash” a long-awaited report by the UK’s financial regulator over why it failed to take action against the Royal Bank of Scotland over its disgraced restructuring unit.

In a 78-page report published on Thursday, the Financial Conduct Authority largely repeated conclusions aired last summer when it said it could not fine the bank or take action against senior managers because it felt it lacked the relevant powers.

The taxpayer-controlled bank’s now-defunct Global Restructuring Group was accused of exploiting small businesses following the 2007-2008 financial crisis by pushing them to restructure and profiting from buying assets at heavily reduced prices.

After a four-year investigation, the FCA supported an independent review’s conclusions that there were “widespread and systemic” problems at GRG, noting several areas where the bank had mistreated customers. However, it said it did not have the power to take action against unregulated areas of RBS’s business, including commercial lending. The FCA concluded that there was no evidence that the bank artificially distressed otherwise healthy businesses. The regulator also found no evidence of dishonesty by senior individuals.

The FCA resisted pressure to name RBS employees who were featured in the report, arguing that it would “not be legally justifiable” and that it had concerns about some individuals’ personal safety; a decision the All-Party Parliamentary Group on Fair Business Banking called upon the FCA to reverse.

Kevin Hollinrake, the MP who co-chairs the group, said: “This report is another complete whitewash and another demonstrable failure of the regulator to perform its role.”