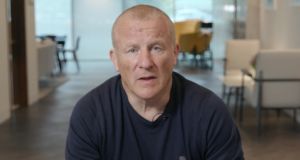 Hedge funds are circling Neil Woodford’s investment trust, along with several companies he invests in, as the fallout from the trading freeze on his largest fund is set to continue into a second week.

The Woodford Patient Capital Trust, a closed-ended vehicle that focuses on companies with long-term prospects, is the most bet-against investment trust in the FTSE 350 by some margin. Analysts are also speculating about whether its 28 per cent discount to net asset value (NAV), a measure of an investor sell-off, would invite attention from activist hedge funds. Patient Capital shares sank to a fresh all-time low of 62.5p on Friday, down more than 30 per cent from their high in January.

“The discount will no doubt appeal to some bargain hunter,” said Peter Sudlow, a financial adviser at Sapienter Wealth Management. “The boards of investment trusts are meant to be independent and can change the investment manager. How long until the board [of Patient Capital] feels shareholder pressure?”

Short positions, or bets, against Patient Capital have risen to 4.4 per cent of stock, up from 2 per cent at the beginning of March, according to IHS Markit, the data provider. The fund with the second-biggest short position is Bankers Investment Trust, at 2 per cent, while the average short position across all 56 trusts in the FTSE 350 is 0.5 per cent.

The two investment managers with the biggest short positions in Patient Capital are Leucadia Investment Management and Lombard Odier, the Swiss group.

Several companies in which Mr Woodford invests have also been targeted by hedge funds, which are anticipating a fire sale of assets after the suspension of trading in Woodford’s Equity Income fund.

Kier, the construction group whose share price dropped 40 per cent last week, has a 13.7 per cent short exposure, while Theravance Biopharma, the drugs developer, is at 11.7 per cent.

Patient Capital’s large discount to NAV could draw in activist investors that specialise in such situations.

“This may be attractive to an activist who has lined up another investment manager to take on the portfolio, or a more constructivist activist who offers to help with governance of the trust and allows Mr Woodford to focus on the investments,” said Malcolm McKenzie, a managing director at Alvarez & Marsal, which advises companies on defending themselves against activists.

Another threat to the Patient Capital Trust is its leverage. It is close to the maximum in its £150 million overdraft with Northern Trust, the fund’s depositary. The overdraft was extended this year and is due to expire in January.

Repaying the overdraft would require liquidating about a sixth of the trust’s portfolio, according to one person with knowledge of the business. “That’s assuming the current valuations stand up. In the current climate it’s not inconceivable that Northern Trust would look to wind down their exposure when the term ends rather than roll it on for another year,” the person said.

Iain Scouller, a managing director at investment bank Stifel, said the board’s intentions to cut debt from levels of close to 20 per cent of NAV pointed to “sales of unquoted investments in the weeks and months ahead”.

Woodford said it expected the overdraft facility to continue uninterrupted. “The credit facility to WPCT continues to operate as agreed and subject to WPCT maintaining ongoing compliance with the related terms and conditions contained within that facility,” it said.

In the past five years, activists have waged 92 campaigns against investment trusts and listed asset managers in the US and Europe, according to A&M. The most active are Land & Buildings, which launched 11 campaigns in that period, as well as Elliott Management, Dryden Capital and Saba Capital, which each launched five.

Among the highest-profile campaigns against UK investment trusts in recent years are Edward Bramson’s successful battle with Electra and Elliott’s triumph at Alliance Trust.

Mr McKenzie said investment trusts typically traded at a 15 per cent discount to NAV when they were targeted by activists, but said Mr Woodford’s diminishing army of loyal followers and his high exposure to unfancied private companies made him less vulnerable.

“When you get above 20 per cent, that’s a pretty serious discount – activists will be attracted once it gets to that point. But you have got all those other issues as well,” he added.

Hagreaves Lansdown chief executive Chris Hill has apologised to tens of thousands of customers affected by the suspension of Neil Woodford’s £3.7 billion equity income fund, which the company continued to support until it blocked investors from leaving last week.

In a statement on Sunday Mr Hill, chief executive of the UK’s largest online stockbroker, said he wanted to “apologise personally to all clients who have been impacted by the recent problems with the Woodford Equity Income Fund.

“We all share their disappointment and frustration. Our priority right now is to support our clients and keep them informed,” he said. – Copyright The Financial Times Limited 2019