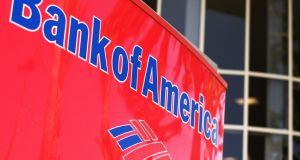 As expectations have increased that the Federal Reserve is likely to cut US interest rates as early as next month, investors have sold bank stocks, showing particular eagerness to rid themselves of the most rate-sensitive lenders.

Since the bank sell-off began in the first week of May, the worst performers in the widely followed KBW Bank Index are overwhelmingly rate-sensitive banks, including Bank of America, Silicon Valley Bank and Bank of New York Mellon, all down 7 per cent or more.

Despite a recent rebound, the banks index itself has fallen 5.4 per cent since then, while the S&P 500 is down less than 2 per cent. Meanwhile, banks with balance sheets that are relatively immune to declining rates, such as US Bancorp, have outperformed most rivals.

The earnings of banks that have significantly more deposits than loans are hit harder than others by falling rates. Such banks generally invest excess deposits in rate-sensitive short-term securities. As rates decline while these banks roll over their security portfolios, interest income falls. What the banks pay for deposits should fall as well but it does so more slowly and often by less, compressing lending margins.

Such is the case with Bank of America, with $900bn in loans against $1.4tn in deposits. Its shares are down 7.8 per cent - more than any other big US bank - since the start of the sell-off.

Renewed trade tensions have exacerbated concerns about the slowing economy over the past month, leading to a collapse in interest rate expectations.

Fed funds futures now anticipate at least two Fed rate cuts before the end of the year, with the first possibly coming as early as July, and three or even four are significant possibilities.

Another source of rate sensitivity for banks are loan portfolios dominated by business loans, which adjust to rates more quickly than do retail credit card or mortgage loans.

That is true of Comerica, a fast-growing bank with $71 billion in assets. It has fallen 9 per cent since May. Silicon Valley Bank, which has both excess deposits and a portfolio of loans to start-up and high-tech companies, is down over 13 per cent.

The relationship between bank earnings and rates is not simple. While lower rates can compress margins, Fed rate cuts also stimulate the economy, which increases demand for financial products.

This complex dynamic was on display last Tuesday, when Fed chair Jay Powell said the bank would “act as appropriate to sustain the expansion” in the face of a potential trade war. Bank shares, including those of rate-sensitive banks, rallied sharply. – Copyright The Financial Times Limited 2019