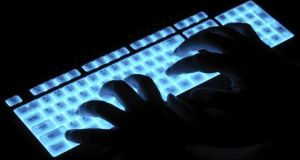 Dublin-listed venture capital firm Draper Esprit said on Monday that the value of its gross portfolio rose by 10 per cent in the six months to September 30th, despite the challenges of the Covid-19 pandemic.

The group said it maintained its portfolio value, with a value of £702 million (€784 million) at the end of the period, compared with £703 million as of end March.

Chief executive of the venture capital firm, which invests in and develops high-growth digital technology businesses, Martin Davis said that this was achieved even after more than £100 million of realisations.

“We have also made significant progress in building the model which allows us to scale our delivery, support our talented partners to identify and nurture even more of the best opportunities in European technology,” he said.

The group realised £106 million during the period, mainly from the sale of its stake in Peak Games and TransferWise. It invested £32 million in two companies, Cazoo and Ravelin, as well as seven follow-ons. It committed to two seed funds, and increased its revolving credit facility with Silicon Valley Bank and Investec by one year to £60 million.

Looking ahead, Mr Davis said that he sees “significant opportunity to deploy further capital driven by a growing European venture capital market, and an accelerated transition to digital driven in part by the Covid-19 pandemic”. However, he cautioned that “market uncertainty and increased pressures on the global economy resulting from the ongoing pandemic” remain.