Deal comes as industry prepares for wave of consolidation 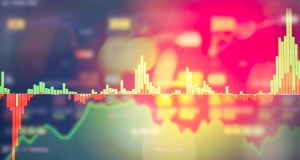 Rising regulatory and compliance costs are driving deals in the sector. Photograph: iStock

Cantor Fitzgerald’s Irish unit has agreed to acquire Merrion Capital, as the industry prepares for a wave of deals amid rising regulatory and compliance costs.

The deal is subject to regulatory approval from the Central Bank of Ireland.

It comes at a time when management at Goodbody Stockbrokers and the firm’s majority owner, Fexco, are in advanced talks to sell the business to Chinese state-owned Zhong Ze Culture Investment Holdings, a subsidiary of the Aviation Industry Corporation of China.

Elsewhere in the sector, AIB had been in exclusive talks up until the end of March to buy Investec Ireland. The deal had faltered at that stage, mainly over the issue of bonuses, which are banned at the bailed-out bank.

1 Bank leaked my loan request to family who tried to rip me off
2 EU and British positions harden ahead of Brexit talks
3 Ryanair and Aer Lingus monitor impact of coronavirus on travel to Italy
4 How can I view my dead brother’s will if I’m not the executor?
5 Mastercard to create 1,200 new jobs by expanding base in Dublin
6 Digicel’s earnings rise as it looks towards refinancing $1.3bn of bonds
7 US stocks have worst day in two years as coronavirus fears spread
8 Hotels outside Dublin hardest hit by tourism slowdown
9 Over $12m from sale of Walford handed over in Sean Dunne bankruptcy case
10 Procrastination: How to deal with it in the workplace
Real news has value SUBSCRIBE