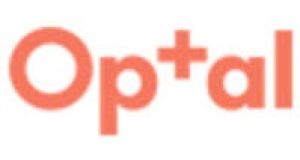 Optal is one of Europe’s fastest growing tech companies.

London-based payments start-up Optal is set to expand into Dublin as it hedges its bets in case the UK loses its financial passporting rights post-Brexit.

The business-to-business payment solutions provider and virtual card specialist, which is one of Europe’s fastest growing tech companies, has applied for regulatory approval with the Central Bank and plans to put five people on the ground in Dublin, including an executive. Optal established an Irish company, Optal Financial Europe, last September.

Rob Bishop, managing director of Optal told The Financial Times on Monday that now is the time to start planning possible relocations.

“You don’t want to get caught out at the eleventh hour,” he told the newspaper. “You can’t assume things will be fine after Brexit and then find out they aren’t.”

Optal is an authorised emoney institution, regulated by the Financial Conduct Authority, and it passports its registration throughout Europe. However, post-Brexit, unless the UK retains its passporting rights, which is deemed unlikely, companies like Optal may need a base within the European Union to continue their businesses.

In March, British prime minister Theresa May said that the UK would not look to keep financial passporting post-Brexit as it would require the UK to be “ subject to a single rulebook” over which it would have no control.