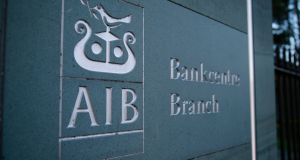 The three final overseas bidders for a portfolio of up to €2 billion of non-performing AIB loans filed final bids by a deadline on Monday, using Irish-regulated vehicles to overcome mounting political opposition to portfolios being bought by firms beyond the Central Bank’s oversight.

US private equity firm Cerberus submitted a final offer for the loans through another former subprime lender, Stepstone Mortgage Funding, which was set up set up in 2006 as a joint venture between KBC and US investment bank Lehman Brothers, the sources said. Cerberus took over Stepstone, which continues to be regulated by the Central Bank, earlier this year.

Lone Star, Cerberus and Goldman Sachs, which made the short list for the portfolio deal earlier this year, have been among the most active buyers of impaired Irish loans

Goldman Sachs is the final of the three bidders for the AIB portfolio. While the Wall Street giant handed back its Irish banking licence five years ago, UK-based Goldman Sachs International Bank is regulated by the Central Bank for conduct of business rules.

It is expected that a preferred bidder will be selected in the coming weeks, with market sources suggesting that Lone Star and Cerberus have the edge over Goldman Sachs. Spokesmen for AIB, Lone Star, Cerberus and Goldman Sachs declined to comment.

The size of Project Redwood, made up of loans against commercial property, buy-to-let mortgages and land, has shrunk significantly from the €3.8 billion of assets initially put up for sale late last year. A number of restructured loans have been taken out of the pot in recent times.

Lone Star, Cerberus and Goldman Sachs, which made the short list for the portfolio deal earlier this year, have been among the most active buyers of impaired Irish loans in recent years, following the collapse of the property market.

News that all three have opted to use regulated vehicles comes in the wake of Fianna Fáil presenting a Private Members’ Bill to the Dáil in late February seeking to have buyers of Irish loan books regulated by the Central Bank. The Consumer Protection (Regulation of Credit Servicing Firms) (Amendment) Bill was referred to the Select Committee on Finance, Public Expenditure and Reform, and the Taoiseach in March.

Currently, the service providers managing loans on a day-to-day basis on behalf of so-called vulture funds must be regulated in Ireland.

Project Redwood is among a number of major loan portfolios on the market at present. Permanent TSB (PTSB) is seeking to sell €3.7 billion of non-performing mortgages as it aims to meet regulatory demands that it reduce its 26 per cent non-performing loans ratio to the European Union average of about 5 per cent.

PTSB has been trying to reclassify €900 million of these loans, comprised of restructured mortgages that have been split into two parts, as performing assets, so that it can remove these from the disposal list. However, guidance from the ECB so far suggests that it will be difficult to reclassify the split mortgages.

Separately, as The Irish Times first reported last November, Lloyds Banking Group is marketing its remaining €5 billion Irish mortgage book as it aims to end its drawn-out retreat from the Republic, which began in 2010.