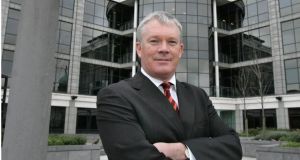 US private equity giant Oaktree is lining up Cormac McCarthy as chairman for a new Irish retail-focused real-estate investment trust (Reit) that it is preparing for a stock market flotation in Dublin.

The firm is planning to roll a number of retail property assets, from a controlling stake in The Square shopping centre in Tallaght in Dublin to retail parks around Ireland managed by Sigma Retail Partners, into the Reit.

The trust would be led by Sigma’s managing director Marcus Wren, a former senior retail property adviser, and Neil Bannon, a real-estate veteran who previously played a key role in the design, letting and asset management of Dundrum Town Centre in south Dublin.

Sigma Retail Partners, set up three years ago, manages retail assets with a combined value of more than €500 million. It is understood that the promoters of the potential initial public offering (IPO) have met a series of investors in recent weeks and that a transaction could be lined up this side of the summer hiatus in financial markets that sets in during August.

Last year, Oaktree placed 14 sites valued at €131.2 million into housebuilder Glenveagh Properties as it floated on the stock market. The US firm continues to hold a 16.5 per cent stake in the company.

Sources said that the model being pursued in the deal being hatched would see Mr Wren and Mr Bannon become employees of the Reit, similar to an “internalisation” of management carried out by Dublin-listed Hibernia Reit in 2015. By contrast, Green Reit is managed externally and the trust has paid €75 million in fees and shares to the outside investment firm, Green Property Reit Ventures since its flotation in 2013.

The Sigma Reit’s managers are expected to be given founder shares in the trust under a potentially lucrative incentive scheme, where the securities would convert into ordinary shares subject to certain performance targets being met.

Market sources said that the initial “pilot fishing” exercise organised by corporate financiers in Davy to give potential investors a look at the company has been well received. The outcome of this engagement will ultimately help Oaktree and Sigma executives decide whether to press ahead with an IPO.

The fact that Mr McCarthy has been tapped to become the company’s chairman on flotation is being read as an indication of how advanced planning is for a transaction. Representatives from Sigma and Mr McCarthy declined to comment, while a spokeswoman for Oaktree didn’t respond to a request for comment.

Mr McCarthy was chief executive of Ulster Bank between 2004 and 2011, stepping down in the middle of the financial crisis that resulted in the bank accepting a £15 billion (€17.3 billion) bailout from its parent, Royal Bank of Scotland (RBS).

More recently, the executive served as chief financial officer of bookmaker Paddy Power between 2011 and its merger in 2016 with Betfair. Mr McCarthy is currently a non-executive director on the board of DCC, the Dublin-based fuel-to-electronics conglomerate.